Thousands of American Christians Step Up in Support of Embattled Jerusalem 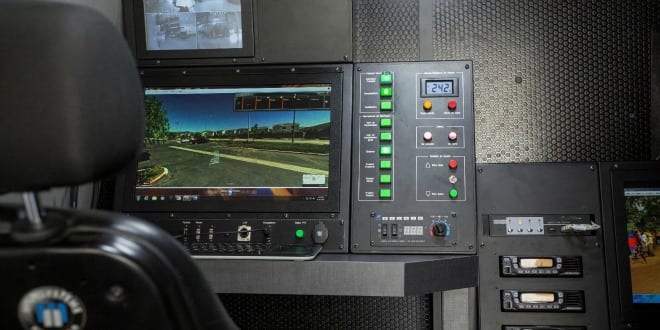 The International Fellowship of Christians and Jews (IFCJ) is stepping up fundraising initiatives in an effort to provide both Israeli Police and Border Police, as well as terror victims, with financial aid. The drive comes in an effort to combat the effects that Palestinian terrorists are having on the city of Jerusalem.

The IFCJ is providing Jerusalem security officials and local social-service groups with hundreds of thousands of dollars in security equipment and support as part of a life-saving campaign to counter the ongoing terror wave against Israel.

The initiative is being funded by Christians and Jews from across North America, and already $600,000 has been raised. These donations are a part of the IFCJ’s rapid response to the daily stabbings, car attacks and shootings perpetrated by Palestinians that have been targeting Israelis nationwide. IFCJ’s Director, Rabbi Yechiel Eckstein, has been instrumental in gathering the funds to help the police and the victims. The organization became the first to provide direct financial aid to terror victims, awarding NIS 4,000 ($1,040) per person to pay for medical care and lost wages. So far, more than 60 people wounded by terrorists in stabbings and car attacks have received NIS 240,000 ($64,000) since the beginning of the most recent round of violence back in October.

Among those who received aid for medical expenses was an Israeli soldier, Niv Buhbut, who was serving in Judea and Samaria and was stabbed along with others. Buhbut is still undergoing physiotherapy.

“Our unit is serving under the most difficult conditions. We’re cursed and spat at by the Palestinians and we’re not allowed to react. The press wants the world to believe that we’re conquerors that the IDF is cruel and vicious,” explained Buhbut. “The IFCJ’s check is going to be very helpful, but the real gift is the fact that Rabbi Eckstein and the donors are telling us that we’re not alone and they understand the importance of our work. Thank you for standing with us.” Along with the aid to victims, The IFCJ is providing a $375,000, state-of-the-art mobile-command vehicle to the Jerusalem municipality. The high-tech mobile communications command center will help security forces confront threats and emergencies in real time and enable coordinated, rapid deployment to unfolding events. The command center, scheduled to be delivered this month, is similar to the mobile command vehicles which the IFCJ has already provided to 65 towns throughout Israel.

In October, Eckstein met with Jerusalem Mayor Nir Barkat to announce the imminent delivery of the mobile command vehicle. “I would like to thank Rabbi Eckstein and the IFCJ’s hundreds of thousands of donors throughout the world, who steadfastly stand with Jerusalem in times of need, helping us protect Israel’s national and municipal home fronts,” Barkat said after the meeting.

In an additional move to help the embattled city of Jerusalem, the IFCJ is providing 11 social service organizations across Jerusalem with more than $100,000 to hire security guards and pay for transporting participants to and from their homes. These organizations include social clubs as well as soup kitchens.

“The IFCJ is at the forefront of those who seek to safeguard the welfare and security of Jerusalem’s residents,” Eckstein said. “When we began our operations in Israel 15 years ago, Jerusalem was suffering daily terror attacks. Since that day, the IFCJ has worked tirelessly to bolster Israel and the City of Jerusalem’s rescue and medical services with life-saving equipment and emergency vehicles. I am proud to represent hundreds of thousands of Christian donors throughout the world who continually remind Israelis that they are not alone and who support the country during its most difficult hours.”