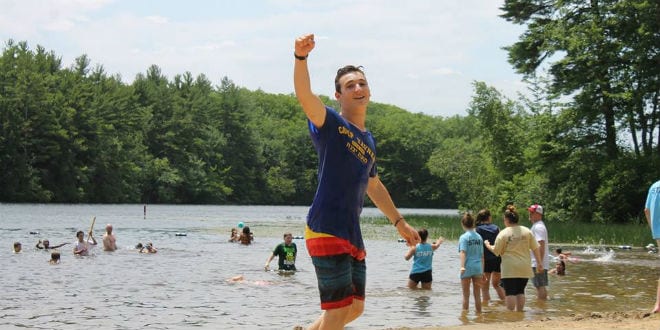 Ezra Schwartz, an 18-year-old American yeshiva student, was gunned down by a Palestinian terrorist Thursday while delivering food to lone IDF soldiers in Gush Etzion.

Schwartz was one of three people killed in Thursday’s terror attack near the Alon Shvut community after a Palestinian terrorist opened fire from his car directed towards vehicles near the Etzion Bloc junction.

A recent graduate of the Maimonides School in Brookline, Massachusetts, Schwartz was spending a gap year studying at Yeshivat Ashreinu in Beit Shemesh. Five other members from Schwartz’s yeshiva were injured in the attack.

Following the release of Schwartz’s name as among the dead, hundreds of messages of love and grief began pouring in on his Facebook page. Friends and family shared photos and personal stories of Schwartz.

“Rest in peace Ezra. You were a fantastic friend and could always make anyone including me roar with laughter. Any of the times I spent with you were almost definitely fun times and I can’t believe we won’t be spending any more summers together,” wrote Noah Lebowitz.

The United Synagogue Youth program, which Schwartz was a member of since 2013, said in a statement that he “is remembered as being a warm and funny member of the…community,” using his “deep experience in Judaism to teach other teens how to participate in Jewish ritual.”

“Ezra came to Israel not only to study but also to be a part of the vibrant Israeli experience,” Sharansky said. “This makes his death even more tragic.”

Rabbi Ya’akov Don, 51, of Alon Shvut, was the second Israeli victim identified by police. Don, a father of four, was a well-known teacher and worked as a social educational coordinator at the Derech Avot high school in Efrat.

“He loved education and more than anything loved his students. A man of education and smiles,” said a statement released by Alon Shvut.

Aliza Abrahamovitz, a friend of Don and former colleague, told Breaking Israel News, “He was an incredible man. He had the biggest smile and an even bigger heart.”

A third victim, identified as Shadi Arfah, a 24-year-old Palestinian from Hebron, was also killed in the attack.