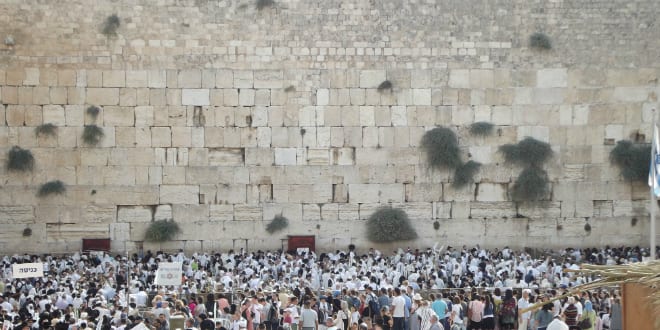 In the largest event of its kind, an anticipated five million people worldwide will connect in prayer via the internet to say Psalms for the protection of Israel. Tikkun Haklali Olami is organizing the event on Sunday, November 22, 8:00 pm Israel time, 1:00 pm Eastern Standard time, to recite the Tikkun Klali prayer in unison.

“This is the General Remedy. There is a specific remedy for each sin, but this is the general remedy,” Rabbi Nachman was known to say about Tikkun Klali. “It may seem like an easy thing to say 10 Psalms. But it will actually be very difficult in practice.”

Eldad Eilat, one of the organizers of the event, spoke to Arutz Sheva, explaining that the motivation came from the recent wave of terror attacks in Israel and around the world. The impetus to gather five million people to pray in unison came from David Assouline, “a wonderful Jew and a businessman in the Syrian Jewish community in New York who has worked hard on behalf of the Jewish people. He understands that the current situation of the Jewish people is very delicate, and anything we can do to save ourselves from the ‘bad karma’ created by the atmosphere of terror is important.”

“By having so many Jews together we help build that relationship (with God), especially at times of trouble, as so many great sages have pointed out. Especially among rabbis associated with the Breslov movement, the Tikun is considered a very important effort for salvation. So we decided to organize this worldwide event.”

Thousands are expected to arrive at the Kotel in Jerusalem for the event and it can be seen broadcast live on the website. Copies of the Tikkun Klali can be downloaded in different languages from the organization’s site.