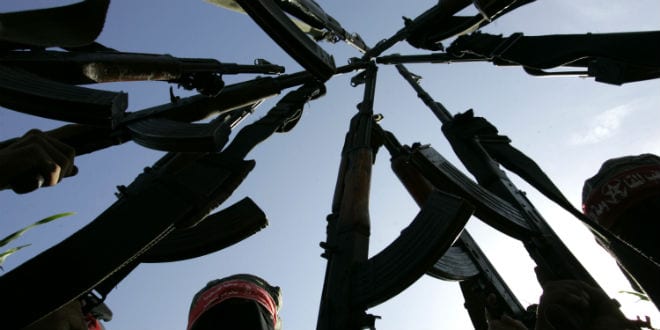 When we read about yet another terrorist attack in Israel, we shake our heads and wonder why God grants success to those who represent evil in the world. The Bible and Jewish tradition give us clues to help us understand why Muslim terrorists so often meet with success while carrying out their evil plans against Israel and against the rest of the world.

The Book of Exodus, chapter 5, relays that after Moses and Aaron went to speak to Pharaoh, the cruel Egyptian taskmasters were told to withhold straw from the Israelite slaves, but to demand the same quota of brick production. The overseers of the slaves came to Moses and Aaron to cry out in anguish.

“And they said to them, ‘May the Lord look upon you and judge, for you have brought us into foul odor in the eyes of Pharaoh and in the eyes of his servants, to place a sword into their hand[s] to kill us.’ So Moses returned to the Lord and said, ‘O Lord! Why have You harmed this people? Why have You sent me? Since I have come to Pharaoh to speak in Your name, he has harmed this people, and You have not saved Your people.’” (Exodus 5:21-23)

At this point in the story, it looks like evil has the upper hand, but we know the redemption from Egypt is right around the corner.

The same is true in our time. The evil Muslim terrorists own the streets today, but, according to Jewish wisdom, their very presence informs us that redemption is just around the corner.

In his book The Ishmaelite Exile, Rabbi Yechiel Weitzman quotes Rabbi Chaim Vital, a 16th century mystical rabbi and writer who taught, “Ishmael is destined to rule over the world and over Israel at the End of Days.” Weitzman also quotes the 14th century sage Rabbi Jacob ben Asher, also known as Ba’al HaTurim, who predicted, “[W]hen Ishmael will fall at the End of Days, the son of David will rise.”

The descendants of Ishmael have certain spiritual merits. Traditional Muslims pray five times a day. They are charitable, eat only permissible foods and ritually circumcise their sons. Most importantly, Muslims proclaim their allegiance to God by reciting Allahu Akbar [God is the greatest] over all their activities, including acts of terrorism.

In an interview with Breaking Israel News, Jerusalem-based and award winning author Rabbi Shimon Apisdorf questioned the single-minded, and even perverted devotion of Muslims in carrying out acts of terror in the name of God.

“When God’s children (which includes all human beings) recognize Him and are devoted to Him, in that moment of selfless devotion, and dare I say even ahavat Hashem (love of God), does God respond to them, even re’shaim (evil ones), like a loving father to His children?” he questions. “For that moment is Hashem (God) so ‘moved’ so to speak by their love and devotion, that He overlooks anything else about them and comes to their assistance?”

Even if that’s the case, according to Apisdorf, the success of Muslim jihadists cannot last forever. “The battle for Eretz Yisroel (the Land of Israel) is the outer manifestation of the battle between emet (truth) and sheker (falsehood),” he explained to Breaking Israel News. “That’s the very first Rashi [the foremost Jewish Biblical commentator] in the Torah. The Muslims are displaying emunah (faith) and bitachon (trust) and mesirat nefesh (self-sacrifice), but it’s rooted in sheker and I don’t believe it can prevail.”

A similar outcome is assured by Weitzman, who believes that the descendants of Ishmael will be paid back by God for their evil acts. “Ishmael’s merits are limited and nearing their end,” he writes. “We are assured that at the End of Days he will fall from any position he may seem to have attained. Then God will repay him for all his sins, first and foremost for his ever-present murderous tendencies.”