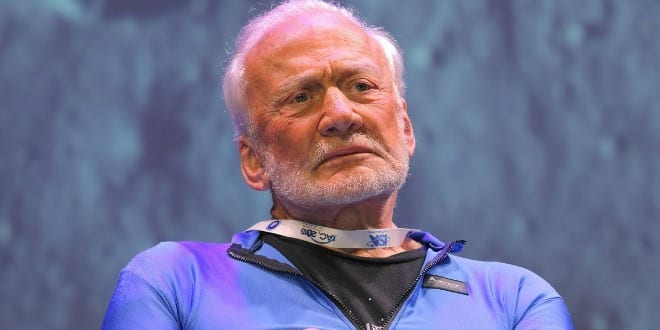 Despite the terror attacks in the capital, Israel’s Minister of Science, Technology, and Space Ofir Akunis, stated that the event “showed an expression of trust in Israel and appreciation for Israel’s sciences.”

“The fact that this space convention was chosen to take place in Israel is a tribute to Israeli sciences leading and advancing in the field. Israel may only be 68 years of age but the country is in the front row for entrepreneurship and new developments internationally.”

Among the notable astronauts who participated in the conference were Japanese spacewalker, Soichi Noguchi, President of the Association of Space Explorers; U.S. astronaut Sunita Willams, who has done the most female spacewalking in the world, Swedish astronaut Christer Fuglesang, who holds the record for European spacewalking, and Apollo 11 moonwalker, Buzz Aldrin, the second man in history to walk on the moon.

“It’s fantastic to see the number of people who have come to take part in this conference,” Dr. Aldrin added to TPS.

“Israel is beautiful, the weather has been fantastic and I’ve learned a lot about career options at the conference,” said engineering and astronautics student, Dipen Mistry, 22, from the UK in an interview with TPS.

Mistry, who studies at the University of Southampton, commented that space issues and not the spate of terror attacks, were the main subjects of the conference. “I’ve had the chance to talk with leading figures in the space industry. It’s been a very exciting experience to be here and I would love to see the rest of the country, he said.”

The IAC is organized by the International Astronautical Federation (IAF), which was created in 1951 to create a platform for dialogue between scientists around the world while supporting international space cooperation. The IAF is the world’s leading space advocacy body with 300 members, and is comprised of key space agencies, companies, associations, institutes and societies in 62 countries. Every year the IAC changes the country’s location, theme and the local organizer.

This was the second time that Israel has hosted the International Astronautical Congress. In 1994, Israel hosted the 47th IAC and the country has since then significantly expanded in diverse areas of space interest including R&D, innovation, industry, exploration and space sciences.

During this year’s conference, NASA Administrator Charles Bolden and Israel Space Agency Director Menachem Kidron signed a cooperation agreement to deepen collaboration on space activities between American and Israeli space agencies on Tuesday, October 13. In addition, to make Israel’s younger generation excited about space, three original astronaut suits worn in space will be brought to different schools across the country.

Israel’s space program was established in the 1980’s, during which time Israel became the eighth country in the world to succeed in launching and positioning satellites in space.