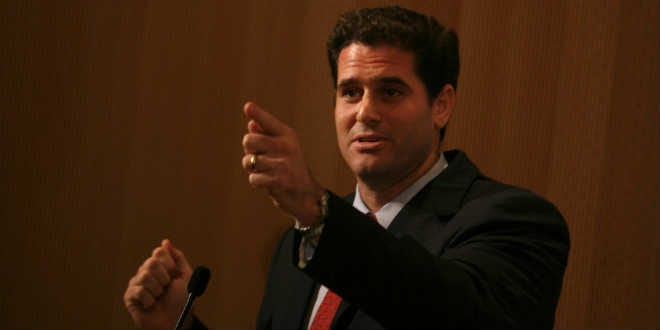 Israel’s Ambassador to the US Ron Dermer called out US Secretary of State John Kerry for blaming Israel for the current wave of terror striking the country.

Speaking at the Israeli American Council’s annual conference, Dermer laid the blame of the conflict on Palestinian incitement, explaining world leaders are becoming more and more gullible to Palestinian lies.

“When it comes to the Middle East, you find very smart people believing in very foolish things,” Dermer stated in a veiled swipe at Kerry. “There are some people who believe that these attacks are happening because of the territories that Israel captured in the Six Day War of because of the peace process.”

Last week, while speaking at a Harvard sponsored event, Kerry blamed Israel for increasing Palestinian “frustration” over construction in Jerusalem, Judea and Samaria, thereby forcing Palestinians to vent their anger via violence and terror.

The secretary of state called on both sides to return to peace negotiations, with Kerry vowing the Obama administration will focus its attentions back on the volatile region to bring about a permanent peace agreement.

However, Dermer made clear that terror against Israel will not stop, even if any future government should decide one day to withdraw from all disputed territories.

“Israel should embrace peace for its own sake because Israel doesn’t want to become a binational state, but the idea that renewing the peace process or withdrawing from the territories will somehow stop terror is a fiction,” the ambassador stated. “Terror attacks like the ones that we have seen in the past few weeks have been happening for 100 years.”

“The match was not the settlements or the lack of a peace process, the match was the lie that Israel was trying to harm the al-Aqsa mosque,” lies perpetrated by the Palestinian Authority and Hamas.

The US State Department backtracked on Kerry’s comments, but was quick to point out that Israel too could be accused of acts of terror in the conflict. Pushing back, Dermer said that while “every society can produce individuals who do terrible things,” the difference between Israel and the Palestinian’s is that Israel does not encourage violence or terror.

“Palestinian terror is met by a very different response by Palestinian leaders and wider society,” he said. “Killers are glorified, candies are passed out in the streets, and they spend millions to support the killers’ families.”