Do Putin’s Actions in Syria Fulfill the Prophecy of Ezekiel Regarding Gog and Magog?

Home » Do Putin’s Actions in Syria Fulfill the Prophecy of Ezekiel Regarding Gog and Magog? 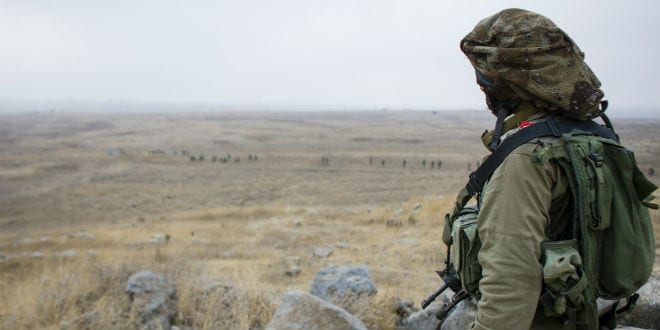 With Russia’s military involvement in Syria growing by the hour, the conventional belief among many Christians is that Russia is Magog from the End of Days War of Gog and Magog is causing Bible believers to pay especially close attention to what’s going on at Israel’s northern border.

“And I will unbridle and entice you and lead you up from the utmost parts of the north and bring you upon the mountains of Israel.”

Russia is, of course, the northernmost country in Eurasia and Syria sits at Israel’s northern border.

In addition to the 150,000 Russian troops Russia’s president Vladimir Putin is sending to Syria, in recent days, Putin has put together a growing coalition of countries, including Syria, Iran, Iraq and, most recently China, to fight against ISIS in Syria and neutralize their meteoric rise to power.

This coalition appears to be the fulfillment of Ezekiel 38:15:

“And you will come from your place, from the utmost north, you and many peoples with you, all of them riding horses; a great assembly and a mighty army.”

While some applaud the coalition fighting against ISIS in Syria, others see a darker cloud gathering on Israel’s northern border. It has been suggested that Russia’s interest in assisting Syria is connected to the recent major oil find in the Golan Heights. The multi-national coalition that is currently fighting ISIS can rapidly turn against Israel over oil.

America’s popular conservative radio talk show host Rush Limbaugh warns that the oil find will inflame the region. “The oil discovery in Israel, it is said to be that it could be huge. Depending on how deep it is, the layers, it could be a gigantic find…So, if all that’s true, and we won’t know for a while, there’s no question it’s a game-changer. But it’s just gonna focus enemies on Israel even more. That’s the last thing anybody wants in that region is for Israel to become even more empowered. So the claim will be it isn’t Israel’s, it’s Syria’s or whatever, you watch. They’re just not gonna sit by and let this happen.”

Sputnik News, an international news agency wholly owned and operated by the Russian government, is already claiming that the oil belongs to Syria. “The oil deposit lies in the Golan Heights, which is internationally recognized as Syrian territory but has been occupied by Israel since the 1967 war between Israel and Arab states.”

End Times author and rabbinic scholar Rabbi Pinchas Winston asserts that there is reason to believe we are, indeed, seeing the war of Gog and Magog, despite claims otherwise.

He told Breaking Israel News, “There is a prophecy about Moshiach (Messiah) coming from the north. There is also a tradition that Magog may have migrated to some place around what is today modern day Moscow. From a secular point of view, the Syrian conflict and war against ISIS is just the latest and deadliest of a long history of conflict. From a Biblical point of view, it is an eyebrow raiser as so many End-of-Days elements start to come together just north of the Jewish State.”

A teaching from the 18th century Rabbinic sage known as the Vilna Gaon further strengthens the pivotal role of Russia at the End of Days. “When you hear that the Russians have captured the city of Crimea, you should know that the times of the Messiah have started, that his steps are being heard. And when you hear that the Russians have reached the city of Constantinople (today’s Istanbul), you should put on your Shabbat clothes and don’t take them off, because it means that the Messiah is about to come any minute.”