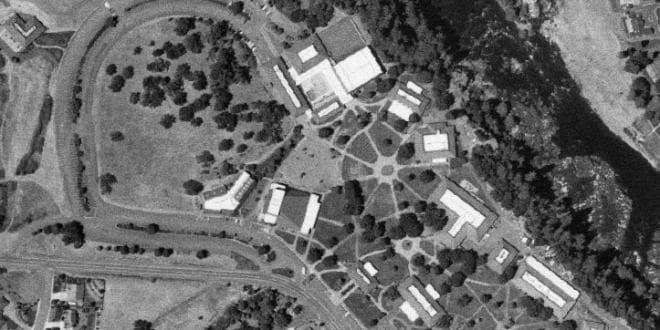 In the fourth shooting at a U.S. college campus since August, 10 people were killed Oct. 1 when a 26-year-old gunman opened fire in a classroom at Umpqua Community College in southern Oregon. Many would be surprised to learn that part of the solution to the American school shooting epidemic might be found in Israel.

School shooters present a challenge to both forensic psychiatry and law enforcement agencies. But new research by Prof. Yair Neuman, a member of the Homeland Security Institute at Ben-Gurion University of the Negev (BGU), is showing promise.

Together with James L. Knoll, a forensic psychiatrist at State University of New York, Neuman says he has developed a personality profiling technique that automates the identification of potential school shooters by analyzing personality traits that appear in their writings. The tool, which as been written up in the “Frontiers in Psychiatry” journal, uses “vector semantics.” This involves constructing a number of vectors representing personality dimensions and disorders. The vectors are then analyzed by a computer to measure their similarity with texts written by the human subject.

Neuman explains that the tool helps identify key diagnoses that can lead to violence, such as depressive personality disorder or narcissism. He says it can identify youths who suffer from exclusion, bullying, or other challenges and get them help before something tragic happens.

On the Virginia Tech campus, a permanent memorial to the 2007
shooting massacre at that school. (Photo: Wikimedia Commons.)

Neuman selected writings from six shooters involved in high-profile scenarios, including the 2007 Virginia Tech massacre. He analyzed and compared those shooters’ writings to 6,000 bloggers’ writings and tasked the computer to identify the shooter. He was able to narrow the pool of suspects to 3 percent of the original list; the short group included all six shooters.

The same technique or a similar one, Neuman tells JNS.org, can be employed to screen solo terrorists (so-called “lone wolf” shooters), such as 73-year-old Frazier Glenn Miller, Jr. of Aurora, Mo., who shot and killed three people in April 2014 at the Overland Park, Kansas Jewish Community Center and Village Shalom senior living facility.

“These people have quite similar personalities to the ones of school shooters,” Neuman says.

Dr. Nancy Zarse, a licensed clinical psychologist and full professor in the Forensic Department at The Chicago School of Professional Psychology, says she believes the Israeli research is too early to show promise.

“All authorities are pretty consistent that there is no profile of a school shooter,” Zarse tells JNS.org. “We don’t profile school shooters, we assess risk factors.”

Zarse says she would also be hesitant to empower authorities like the FBI or police to screen for psychological disorders.

“How can someone who is not a psychologist is diagnosing?” she asks. “I have a fundamental concern about the methodology…and suggesting you can diagnose someone without even speaking to him.”

Further, Zarse says one should be mindful of distinguishing “hunters and howlers.” Hunters are more likely to act. Howlers express grievances in an effort to scare someone, but are unlikely to do anything about this anger.

“This is serious work and it has severe consequences. You assess someone as violent, and their school could suspend or expel that someone,” she says.

The other challenging factor is getting access to these potential shooters’ texts, which usually come out subsequent to an incident. Neuman says his team has “not dealt with the practical implications” of the study yet. But he is hopeful that parents would agree to have their children screened if they thought it could save their lives. In addition, he says, many texts appear freely online today with social media and blogging.

“Shooters generally inform people about their intentions. If a potential shooter was sitting at a bar in Oklahoma and expressed the intention to carry out a mass murder, and an agent from the FBI had access to that information, the FBI would have the person arrested immediately. Let’s image that same person is writing about his intentions to friends on social media, it could put up a red flag. Then, if that person goes and purchases a weapon, there could be further investigation,” says Neuman.

The Israeli researcher notes that government officials, banks, credit card companies, and the FBI have access to massive amounts of information that could be easily screened through the BGU-developed program. When the data converges, it can provide answers, he argues.

Neuman says that if his methodology picked up, there would be several inevitable ethical considerations.

“The proposed methodology does not pretend to solve the enormous difficulties in profiling and identifying school shooters, but modestly adds another tool to the toolkit of forensic psychiatry and law enforcement agencies,” Neumann says. “Information technology is becoming an important part of our psychological and social domains. We are at a tipping point and it is important to look at both the potential and the dangers of this emerging IT.”