The Blood Moons Have Come and Gone, So Where is the Apocalypse?

Home » The Blood Moons Have Come and Gone, So Where is the Apocalypse? 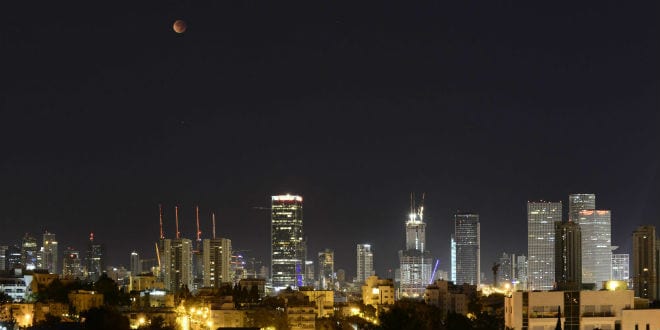 All around the world, people are wondering why the final Blood Moon came and went and Redemption didn’t materialize. According to Bob O’Dell, co-founder of Root-Source and co-author of “Israel FIRST! The Key to Understanding the Blood Moons, Shemitah, Promises to Israel, and the Coming Jubilee”, the original linking of the Blood Moons to the concept of an apocalypse was a case of media hype.

“A secular publication in October 2013 was first to link the word ‘apocalypse’ with the Blood Moons. In six months the news escalated, until publications were claiming that the authors personally believed the world might end,” O’Dell told Breaking Israel News. “Then as each Blood Moon arrived, news stories would take the date of the Blood Moon, and would turn that date into a litmus test of the theory, essentially reporting that ‘Christians claim world could end next week’.”

If Blood Moons are not a sign of the end of the world, what are they? According to O’Dell, “Our view of the Blood Moons, based on studying their pattern in history, was that they were first and foremost, God’s gift to the Jewish people, a sign and a witness to His eternal covenant to restore them back to their homeland, in a series of stages over the last 2,000 years.”

Speaking to Breaking Israel News this past July about the Blood Moons, rabbinic scholar Rabbi Mendel Kessin said, “Each one of these is a messianic advancement.” Blood Moons are therefore associated with Redemption moving forward. As Kessin explained, “incredible events that predate the messiah” occur around the time of Blood Moons, not immediately preceding or following them.

Looking back to 1949 for example, the Passover Blood Moon was on April 13, 1949. The final Armistice Agreement of Israel’s War of Independence, signaling the war’s end, was not signed until July 20 of that year.

Similarly, there was also a Passover Blood Moon on April 24, 1967. The Six Day War, which reunited the divided city of Jerusalem, did not start until more than a month later, on June 5, 1967.

The final Blood Moon of the 2014-2015 tetrad came and went and redemption is not yet upon us. Based on the history of Blood Moons, a media-driven exaggeration led many to expect something dramatic to occur on, or immediately following, the actual Blood Moon. However, that doesn’t mean that nothing is happening.

The news from Israel paints a chaotic, incendiary picture. Russia just brought Syria, Iran and Iraq into a global coalition on Israel’s northern border. Increased terror attacks in Israel hint to the start of a Third Intifada. The global financial situation is extremely precarious and a major financial downturn in one market has the potential to accelerate a breakdown of the entire system. The Old City of Jerusalem and the Temple Mount have become hotspots for violence and terror.

How is all this connected to the Blood Moons and the end of Shemitah? O’Dell says his book “IsraelFIRST!” helps readers to put all the pieces together. “It is the very confusion that is happening right now, people wondering ‘why nothing happened’ that we are hoping to help reduce in this book, by looking at each of the major theories separately, and to talk about their potential impacts on one another and to begin the discussion about how they might fit together.”