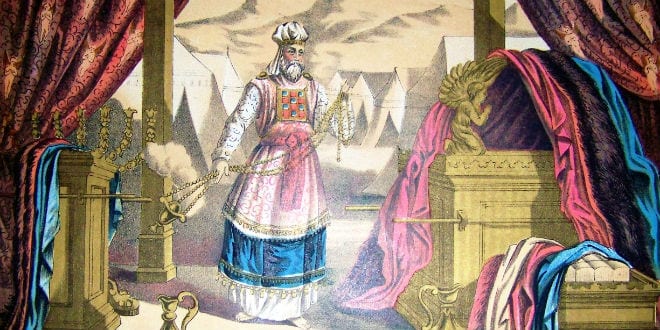 Scientists have discovered a gene which can be traced from the Biblical figure of Aaron, the first High Priest (kohen) of the Jewish people, to a segment of the Jewish population today which carries the priestly lineage.

The nation of Israel’s priestly class, which is passed down from father to son, began with Aaron (Exodus 28:1). Despite 2,000 years of diaspora, modern science has now proved that the Biblical concept of kohanim has genetic evidence which has allowed the priestly heritage to maintain its integrity, leading to speculation that when the Third Temple is built, modern-day kohanim will be fully qualified to preside over the rituals and rites of the Holy Altar.

Aaron, the brother of Moses, was chosen to be the high priest, and his four sons were appointed after him. The title of kohen is patrilineal, passed from father to son. In some ways, despite various honors allocated to kohanim, this was not a desirable position. Serving in the Temple meant not receiving a portion of land in Israel and also included many restrictions. Priests are not permitted to marry divorcees or converts, and they are also forbidden from coming into contact with the dead, or from entering cemeteries. However, the position also brought certain benefits, such as receiving a portion of the tithes which were only permitted to the priests and Levites and their immediate families.

While it may sound a bit like science fiction, geneticists have verified the link which connects the present-day group of men classified as kohanim to the Biblical figure of Aaron, who lived over 3,000 years ago. Demographic studies have shown that kohanim have always represented approximately five percent of the total Jewish population.

The Cohen hypothesis was first tested by Professor Karl Skorecki, himself a kohen of Ashkenazic descent, at the Rambam-Technion Medical Center in Haifa in 1997. He tested for two distinct Y chromosome markers (YAP and DYS 19), labeling it the J1 Cohen Modal Haplotype. A particular genetic marker on the Y chromosome (YAP-) was detected in 98.5 percent of the kohanim, and in a significantly lower percentage of non-kohanim Jews.

The haplotype was also found in other groups that had no clear connection to the Jewish people or the priestly heritage, but Jews had a significantly higher proportion of full haplotype matches. The source for the gene was clearly in the Middle East, as it was also found with a higher frequency among Bedouins, Jordanians, and Yemenites. It also became clear from the study that within the group identified as kohanim, there were several different lineages. The results have limited implications, though the correlation is undeniable.

Since it was found in both Ashkenazic and Sephardic Jews, the genome predates the split in the communities which occurred around 1000 CE. Based on the mutations found in the genes, scientists place the original kohen – the first common ancestor – at approximately 3,300 years ago, a timeline that fits neatly within the Biblical parameters of the lifetimes of the first priestly family.

There are many disputes surrounding the Third Temple, and much work to be done before it can become a reality. However, as hundreds of kohanim (Jewish priests) gather at the Western Wall on the third day of the Jewish holiday of Sukkot (Tabernacles) to bless thousands of Jews in a tradition passed down for millennia, the scientific proof of the legend of the Jewish priests shows that one thing is sure: the kohanim are here, and ready to begin work.