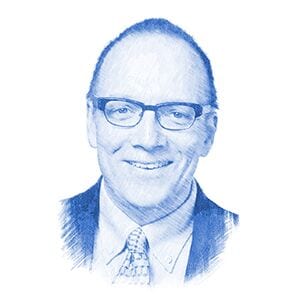 People do all sorts of things with their leisure time. Some people read mystery novels or watch PBS. Others go to car shows or art museums. Some go to the gym or take their dogs on long walks. Others attend science fiction conventions wearing the costumes of their favorite fictional characters. There’s even a group of retired baby-boomers who travel across the country (and sometimes to Israel) to hear stories of Jews behaving badly.

That’s what about 100 Christians, most of them in their late 50s and 60s, did for three days last week at the United Methodist Church in Lexington, Mass. They attended a conference organized by Rev. Dr. Peter Miano, a Methodist pastor and executive director of the Massachusetts-based Society for Biblical Studies. At the opening of the conference, which began Sept. 17, about 100 people showed up to hear Noam Chomsky, a retired linguistics professor from the Massachusetts Institute of Technology, rail against American exceptionalism.

On the second day, about 80 people heard Miano declare that nationalism, Jewish nationalism especially, is a bad thing. Miano who, under questioning, admitted that Palestinian nationalism is also problematic, also told attendees that modern-day Jews have a tenuous connection to the Israelites described in both the Christian and Jewish scriptures. (Judaism is only mentioned once in the Bible, he said.) With this line of reasoning, Miano suggested modern-day Jews don’t really have a legitimate claim to the land of Israel, even if they did endure a lot of suffering during the Holocaust.

After Miano spoke, Jean Zaru, a Palestinian Christian from the West Bank, tried to portray the uprising against the British in 1936 in Mandatory Palestine—which witnessed the death of 80 Jews during riots precipitated by an anti-Jewish boycott—as an example of Palestinian non-violence.

They also heard Israeli historian Ilan Pappé declare Israel guilty of the crime of genocide against Palestinians living in the Gaza Strip. The historian also described people who support a two-state solution as folks who “don’t come from the belly of the beast. I know the beast and it’s a hungry beast.”

And on Saturday morning, when attendance dwindled to about 65, Sara Roy from Harvard’s Center for Middle East Studies accused Israel and its supporters of “celebrating the murder of Palestinians.” She also stated that refusing to countenance the comparison between the behavior of the Nazis in Europe during the Holocaust and the Israelis in the Gaza Strip means “the end of Jewish ethical history.”

The audience ate this stuff up, giving Roy, who failed to offer any real critique of Palestinian behavior, a standing ovation for denouncing her fellow Jews.

But as ugly as it was, things got even worse when Mark Braverman, the executive director of Kairos USA, a Christian organization that promotes an anti-Israel agenda, ascended the pulpit. He condemned his fellow Jews with the same logic offered by the early church fathers who denounced Jews for their primitive and parochial understanding of God.

Modern-day Jews, Braverman said, are in big trouble because they have forgotten the lessons of the Torah that Jesus tried to point to in during his time in first century Jerusalem.

“Jesus was the best Jew in my opinion,” Braverman said. “Then and still now.”

The parochial God described in Genesis is “God 1.0,” Braverman said. The more ethically demanding God of the biblical prophets is “God 1.5.”

“Then you get to 2.0,” Braverman said. “That’s Jesus. ‘It’s done. You built me two temples. It’s over now.’ Jesus was a radical Jew taking Judaism where it was supposed to go. And it’s a tragedy of history that what happened happened and we Jews retreated back into our insularity, into our sense of entitlement, hegemony and exceptionalism.”

Like prophets of yore, Braverman accused his fellow Jews of idolatry. The Israeli flag is in many synagogues, and “we pray to it,” Braverman said.

If Jesus were to arrive in Jerusalem today, Braverman said, “he would stand on the Mount of Olives and he’d shed a few tears, but he wouldn’t waste a lot of time. He would continue right down the mountain, walk due west to the Knesset building. [At this point the audience tittered in laughter.] And he would say, ‘Destroy this temple.’”

Tellingly, not once during his talk, did Braverman use the gospel of Christianity to assess the behavior of Israel’s adversaries.

At this conference, such polemics were reserved only for the Jews, Judaism, Israel, Zionism.