Hezbollah Were Surprised by How Easily their Spy Entered Israel

Home » Hezbollah Were Surprised by How Easily their Spy Entered Israel 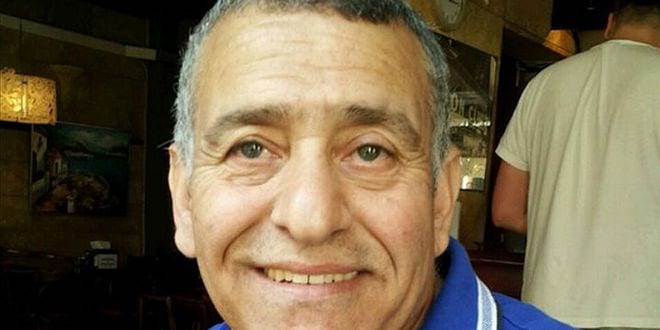 Hassan Hizran, a Swede of Lebanese origin, was arrested in Israel during the summer on suspicion of spying for Hezbollah. The story of his capture and interrogation, to be published this weekend by Walla! Magazine, reveal the enormous scope of the Shiite terror organization anti-Israel mission.

In 2011, Hizran visited Lebanon. “I remember the day I arrived in Lebanon a large car bomb exploded in Hezbollah’s stronghols, the Dahieh predominately Shia Muslim suburb south of Beirut. After four days, I saw a friend who told me that Hezbollah wanted to meet with me. I agreed.” Hizran’s eyes were bound and he was taken to a safe house where he was questioned. “In the room I was taken to there was a large map of Israel,” recalls Hizran. “A man walked in and introduced himself as Abbas Almosawi. He looked to be in his late 40s. Abbas said that he apologized that the meeting would be brief on account of the blown vehicle, which is why he was very busy. He asked me to tell him what happened to me ‘inside’ [the Green Line]. At first he wanted to hear details on the Tel Aviv airport, how do people coming to Israel from abroad get in, how are the security arrangements there. I told him I had been greeted me very well. I entered Israel without any difficulty.” “How can it be? ” the man from Hezbollah insisted.” That’s what happened, everything was easy and without problems. ”

The Hezbollah man was very interested in the fact that one of Hizran Israeli relatives makes his living as a photographer. “When I told him my family member was a photographer working events and weddings he said it was a very important detail, because he would know a lot of Jews, and he might even recruit more Israeli Arabs,” Hizran confessed. “He ordered me specifically—recruit your relative into Hezbollah Intelligence.” When Hizran said this could place his relative in danger, the Hezbollah insisted, “Recruit him.”

At some point, Hizran began to fear getting in serious trouble because of his ties with the Shiite terror organization. After a few days of evasions, Tariq, his friend inside Hezbollah, managed to get hold of him. “Your situation is not good,” Tariq told Hizran. “What do you mean?” Replied Hizran. “You owe the Hezbollah, and you should meet with them urgently or you will have problems.” Hizran asked Tariq: “Is this a threat?” and Tariq said in response: “They control the airport — you can figure out the rest. They can stop you from leaving and they know where you live in Sweden”.

Finally, Hizran decided to return to Israel under pressure from Hezbollah. Special police force Lahav 433 and the Shin Bet arrested him on July 22 at Ben Gurion Airport. He was taken for deep interrogation and confessed everything.