Lebanese Radio: Chinese Military May Get Involved in Syria Alongside Russia, Iran

Home » Lebanese Radio: Chinese Military May Get Involved in Syria Alongside Russia, Iran 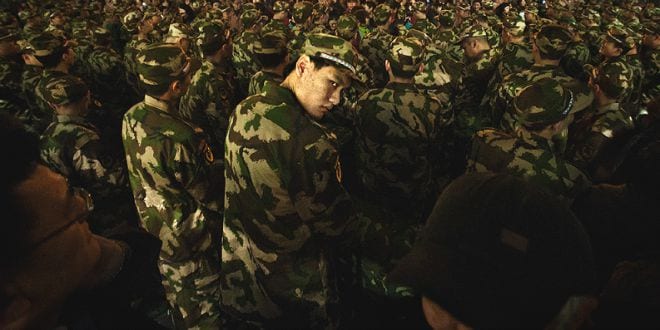 According to a Radio Sawt Beirut (Radio Voice of Beirut) report, anonymous senior Hezbollah sources have said that under a certain scenario China may become involved militarily in Syria, should it become convinced that President Bashar al-Assad’s regime is in critical danger. According to these officials, Assad relies on Russian-Chinese support for his survival.

According to the sources, this move will not be marginal, and could be expected to materialize in the near future.

According to some Syrian dissidents, this story is is not credible and is being leaked to suggest that the Syrian regime is finally receiving the military support it needs to ensure its survival, from the Russians—and the Chinese.

Western sources have revealed recently that over the past two weeks Russia has been shipping advanced weapons, as well as Russian Army soldiers and experts to support Assad.

The Radio Voice of Beirut website has published pictures of Russian soldiers deployed in several areas in Syria controlled by Assad, confirming a Russian military presence there.

Reuters has reported last week that Iran’s Foreign Minister Mohammad Javad Zarif wants China’s help in resolving tensions and unrest in the Middle East and is ready to play host to more Chinese firms once sanctions against it are lifted. “China and Iran find mutual benefits in many areas,” Zarif told his Chinese counterpart, Wang Yi, at a meeting in Beijing.

China is the biggest customer of Iranian oil and Zarif said their economies were “complementary.” The two countries faced “similar challenges as well as opportunities,” he said.

Khaled Qahtan, Editor-in-Chief at Radio Sawt Beirut International in Europe Reporting on Syria and Lebanon, has tweeted (translated from Arabic):

“The sharing of power between Russia and Iran may start in Syria, but there is disagreement for the moment because of the growing influence of Iran in Damascus, which Russia is seeking to reduce.”

Qahtan also tweeted there is effective coordination on the ground between Russia and Iran over the distribution of deployment of their troops in Syria, and both forces appear now in full readiness to campaign on behalf of the Assad regime.