The Right of the People Peaceably to Assemble 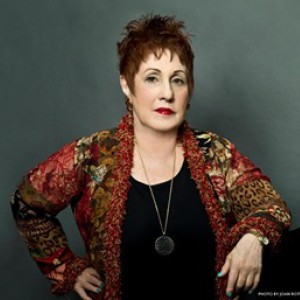 Home » The Right of the People Peaceably to Assemble 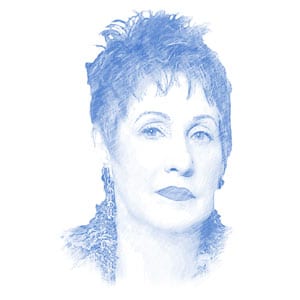 Two thousand people took to the streets against the Iran deal. One of the organizers publically claimed that the “police estimated a crowd of “7,000 people.” They came early, they stayed late—and as I file this story, they are still there. Theyare chanting. “We can do this. It’s not too late. We can never give up.”

Where else can they, together with academics (Michael Ledeen) and the victims of Iranian terrorism (Staff Sergeant Robert Bartlett, Daniel Miller, Sarri Singer), protest New York State Senator Kirsten Gillibrand’s pro-Iran vote except beneath her office window on Third Avenue? Where else can they support Senator Chuck Schumer’s pro-America vote, whose office is also there?

If President Obama manages to block the Resolution against the deal with a Democratic Party filibuster (which seems likely), where else but in the public square can the American people and our elected officials be heard?

That is also where revolutions, Civil Wars, and Boston-style Tea Parties begin.

To date, rallies against the Iran deal have taken place in Boston, San Francisco, Santa Barbara, and New York City; a rally is planned for Washington D.C. next week.

Forget about the maddeningly incomprehensible, non-reciprocal, non-transparent, treacherous, purposefully tricky, and unacceptably secret details of this non-treaty deal with Iran. The deal is terrible—but the Iranian regime, our partner (like our other new partner, Cuba), is a terrible and terrifying regime.

In Leon Wieseltier’s words in The Atlantic, we do not have a “relationship with a new Iran, but a relationship with this Iran, as it is presently—that is to say theocratically, oppressively, xenophobically, aggressively, anti-Semitically, misogynistically, homophobically—constituted.”

Why are we willing to give this regime 150 billion dollars? Why did the President proceed as he did, effectively doing an end-run around the Constitution and around the will of the majority of Americans? Why not continue the sanctions against Iran at the state level?

According to James Inhofe and Scott Pruitt in The Wall Street Journal, “25 states have already enacted such (bi-partisan) sanctions against Iran.” They understand the kind of pressure that Obama will bring to bear—but, the states have “numerous moral and reputational reasons to prohibit the investment of public assets, such as pension funds, into companies doing business with countries that sponsor terrorism.”

Then, there are the severe, ISIS-like human rights abuses that Iran practices. Why are we empowering such a state as opposed to weakening it mightily?

Come, hear what the Senators, military men, victims of terrorism, and their surviving family had to say tonight.

Senator Lindsey Graham: “You’re crazy if you vote yes. If you give the Ayatollah $150 million dollars. He’s not going to build schools. You might as well give the money to Hezbollah. The ayatollah is a religious Nazi. When he says death to Israel he means it. If they will kill their own kids what do you honk they’ll do to yours. If you think it’s such a good deal why does Israel need more weapons? The second holocaust. Have we learned anything from history?

Senator Joseph Lieberman: “This is the worst diplomatic deal in worldhistory. As a lifelong Democrat, what’s happened to the Democratic Party of JFK? This agreement supports our foes and opposes our friends. Obama thinks he’ll change Iran. Listen to the Iranians since the agreement was signed in July. They still support terrorism and praise (chant) ‘Death to America.’  This agreement is full of holes. Self-inspections. They have a legitimized path to nuclear weapons. I am deeply disappointed that Gillibrand came out for this deal. Look at the facts that have come out since you signed on. I want you to change your vote. Stand up for America. Between now and the vote anything could happen. There could be another side agreement. Quoting Churchill ‘This is not the beginning of the end it is the end of the beginning.”

There’s a lot more ahead. Never ever, ever, give up.

CIA Director James Woolsey: “The Middle East remains a darkness for the human race. If it wasn’t for oil, the Middle East would be worse than sub-Saharan Africa. We must stand up for truth and Western values. We will not surrender America. We have an Iranian government run by totalitarian, genocidal, theocratic imperialists. They control major shares of Lebanon, Yemen, Iraq, and increasing portions of the Middle East. They are a growing empire and they don’t want you to mess with it. We have to stop the growth of their power, deny all nuclear industrial activity. We have to stop their genocides and their talking about it. This is a huge job.  We won WW2, the Cold War. We can do this. ”

Daniel Miller: “I am one of many victims of Iranian terrorism. I was one of the lucky ones that day. A suicide bomber blew up a bus in Jerusalem.  I’m here to warn you of your treacherous future. The supporters will tell you the deal is not about terrorism. You cannot make a deal with Iran and ignore terrorism. Money will go back into the hands of terrorist organizations that will legitimize terrorism. I applaud all the members of Congress who have stood up and opposed this deal. This is an historically tragic deal.“

Robert Bartlett: “I joined the military after 9/11. I served for YOU. Will you stand with me and hear what I have to say on behalf of those who are not here because Iran killed them? I have permanent damage. It is never a good time to reward evil men or evil regimes for evil acts…No congressional input in this, the process was flawed.”

“I was lucky. I was gravely wounded. My buddy was not so lucky, he went home to God.  Will you stand up for him?”

Ken Stethem:. “My brother was 23 years old when he was shot and killed by the Hezbollah hijackers of TWA Flight 847. When they landed in Beirut, he was given a choice–he chose not to tell the air traffic tower to send over a fuel tank. They killed him. Between my parents and my siblings, we have served 100 years in the Navy. We know what it means to serve. We have seen terrorism personally and professionally. This is a Paul Revere moment. Ride well!”

Michael Ledeen:  “I thank the NYPD–the greatest counter-terrorism organization in the United States. When the president says to us: ‘You’ve got to choose between this deal and war—that’s a false choice. The war is On. They will continue to wage war against us- -deal or no deal. The issue is whether we can win the war. The people of Iran hate this regime and they deserve our support. Give the Iranian people a chance. If we can do it to the Soviet Empire we can certainly do it to the Ayatollah’s regime.”

Radio host David Webb:  “You’ve got to be heard. America will not surrender. Israel will not surrender. Because of our value for life. If Islamic rule and the Islamic state in Iraq and Iran was so good, then why are refugees headed West? America values: Freedom of speech, freedom of religion. That is what is at stake. Think of the Magna Carta.”

I agree about what is at stake. This is a war between Life and Death, Good and Evil, Western Civilization and Barbarism—and for the survival of Israel, which is a steadfast symbol for all of the above.