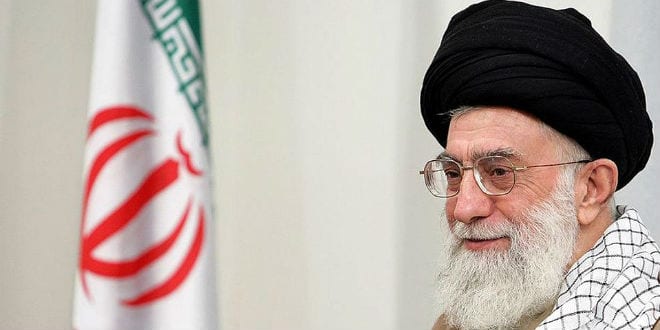 While US President Barack Obama touted the recently reached nuclear accord with Iran, the Islamic Republic’s Supreme Leader called for Muslim unity against the US and Israel. Speaking Saturday, Ayatollah Ali Khamenei accused the two countries of manipulating the Arab world.

Quoted by the Iranian Fars News Agency, which reported Khamenei’s accusations, the Ayatollah said the US had long sought to incite “third-party” states against Iran, but “such third parties are only deceived puppets.”

“The root cause of the problems returns to their real enemies, the US and Israel,” he said, calling them “world bullies.”

Israel and the US are conspiring “against the Quran and not Shiism and Iran, because they know that the Quran and Islam are the center of awakening nations.”

Iranians, he said, “have realized that their real stubborn enemy is the world arrogance and Zionism and that’s why they chant slogans against the US and Zionism.”

Addressing Iranian officials responsible for organizing the annual Hajj, a pilgrimage to Mecca which devout Muslims believe everyone capable must complete once in their lives, he encouraged them to use this opportunity to reach a wide Muslim audience.

“The world bullies are fully, seriously seeking to stir violence and discord under the name of Islam and are trying to disrepute the religion of Islam, foment internal fights among Islamic nations and even among the people of one nation to weaken the Muslim Ummah, and transferring the Iranian nation’s experience about unity and recognition of the enemy to other nations in the Hajj season can defuse these plots,” he said.

Since the nuclear agreement between Iran and the P5+1 powers was signed last month, Khamenei has lashed out repeatedly at Tehran’s main negotiating partners in Washington. Earlier this week he accused Washington of negotiating in bad faith, saying “their intention was to find a way to penetrate into the country.”

Khamenei has not publicly expressed final approval or disapproval of the deal, though he expressed support for the Iranian negotiators during the process. The Ayatollah has final say on all matters of state in Iran.