For the Sake of the Children: Healing Victims of Terror in Biblical Shiloh

Home » For the Sake of the Children: Healing Victims of Terror in Biblical Shiloh 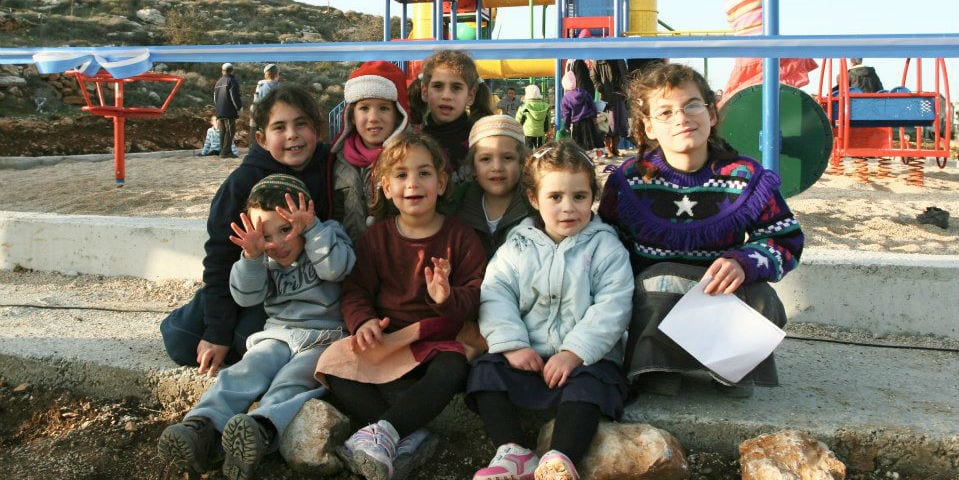 In the town of Shiloh in Samaria, set on the site of the ancient Biblical city of the same name, David Rubin, former mayor of Shiloh and founder of the Shiloh Israel Children’s Fund, is working hard to ensure that his town continues to grow and flourish in every way.

For several hundred years during the period of the Judges and the Prophet Samuel, the Tabernacle was located in Shiloh. The Tabernacle was intended to be the central point of focus for the spiritual life of the Jewish people. However, the Bible laments that the Jews of the time lacked a unity of purpose and lived under an almost anarchistic style of government, as it is written in Judges 17:6: “In those days, lsrael had no king; each person did according to their own desire.”

Chaos still reigned in Shiloh when Rubin settled there 23 years ago. “Shiloh, the home of the Biblical Tabernacle, which was in its time a source of spiritual light, was also a place of contention. And so it was when I arrived in Shiloh,” he explained to Breaking Israel News.

The renowned author of four books, Rubin believes that the Shiloh Israel Children’s Fund is rectifying the historical mistake of divisiveness in the Biblical heartland. “When I came to [the town of] Shiloh, there was a lot of division here, people pulling in different directions. It was as if it was a small pie that people were all fighting over,” he said. “It was as if we were reliving biblical times. Students were roaming the streets during school hours and there was little or no supervision. Today, things are different.”

This is partly in thanks to the Shiloh Israel Children’s Fund, which was founded after the terror attack 14 years ago that almost claimed the lives of Rubin and his three-year-old son. Rubin was inspired to form an organization dedicated to helping young victims of terror recover and heal, and he wanted to use Shiloh’s good work to strengthen the town of Shiloh and adjacent communities as well.

“After I started the fund I met with a lot of different people in the city, people who all wanted different things for the future of our home,” he said. “I told them the only way it will work is if we get people to work together. Since we got everyone working together, the town has been booming, our two primary schools are overflowing, and the change is because everyone is working for the sake of the children, our next generation.”

The Shiloh therapy center, whose slogan is, “Help us be children again!”, is open to all children who have suffered traumatic events and utilizes innovative methods to help children deal with the trauma that they have experienced.

Boasting a wide array of therapy programs, Shiloh therapists utilize the latest techniques, including therapy with music, art, and horses, to run over 500 sessions of group therapy every year.

“The terror attack and later, the therapeutic healing of my son, taught me a lot about how to deal with children who suffer trauma,” Rubin said, adding that victims of trauma need special care. “You can’t sit them down and have them talk to a therapist about it. You need to use an intermediary to get the child to discuss the trauma or to let the trauma out.”

Rubin went on to explain how the center works around the specific needs of a trauma victim. Rather than asking a child to speak directly about the incident, a music therapist will encourage him or her to write a song about the experience. In animal therapy, the therapist will discuss a trauma or painful experience that the animal is going through, allowing the child to open up in turn about a personal trauma.

While terror attacks have become far less frequent since the end of the Second Intifada in 2006, they are still common enough to be a continual threat, with an attack occurring just last week on the main intersection right outside the town.

Though Rubin approached a number of Jewish organizations in the US for funding, the center was rejected by many due to its location in Judea, considered the West Bank. However, Rubin was not deterred; he turned to organizations that did want to offer support. “Shiloh Israel Children’s Fund is the easiest way that people can stand with the people of Israel,” he said, explaining its appeal.

“A person is strengthened by their connection with Israel in these times. There is nothing more important for those who believe in the principles of freedom and liberty, freedom of religion and freedom of speech, than to stand with Israel. We are truly on the front lines of the struggle to maintain those ideals,” he said.