The Rastafarian Messiah Guarding the Ark of the Covenant

Home » The Rastafarian Messiah Guarding the Ark of the Covenant 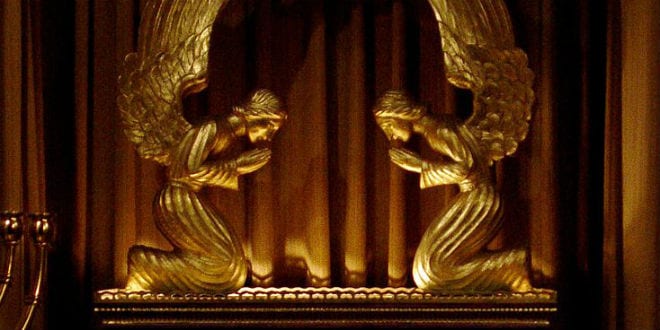 The search for the Lost Ark of the Covenant has inspired treasure hunters and religious believers for thousands of years. However, one of the most unexpected and rarely discussed connections related to the possible secret hiding place of the holy object lies with Jamaican Rastafarians.

The connection between Judaism and Rastafarianism began with Emperor Haile Selassie, who ruled in Ethiopia from 1916 until 1974. Though Selassie himself denied any messianic titles, he was idolized by the Rastafari movement in Jamaica, who believed him to be a messianic figure who would lead a future golden age of eternal peace, righteousness, and prosperity.

Rastafarians referred to Selassie as the Conquering Lion of the Tribe of Judah, based on his claims of being a descendant of King Solomon and the Queen of Sheba. While some have criticized Selassie for paying lip-service to his religious followers, Ethiopian leaders have been claiming lineage to King David since the 13th century.  As astounding as this might sound, there is some truth to this Davidic claim.

Selassie’s royal bloodline, through his paternal grandmother, was from the nation of Amhara, a Semitic tribe which speaks a language related to Hebrew. Amharic Jews, many of whom have been brought to Israel over the last 30 years, believe they are descended from the union between King Solomon and the Queen of Sheba and from Jews who traveled to Ethiopia to find material to build the First Temple. It is likely that many others in Ethiopia are descended from Israelites and even more likely that the ruling house is descended from King Solomon and the Queen of Sheba.

This aspect of the Rastafarian belief as it connects to King Selassie and the House of David is the main reason why the concept of Zion figures so prominently in many Reggae songs and in their culture. For example, singer Bob Marley’s classic, Lion of Zion, is based on Selassie himself and his connection to “Jewish roots.”

The Rastafarian connection to the Jewish nation goes even deeper with their more surprising claim of knowing the location of the Lost Ark of the Covenant. Followers of Selassie in Ethiopia claim they are in possession of the Ark, which they describe as an acacia wood box covered in gold, originally taken by Queen Makeda, also known as the Queen of Sheba, and Menelik, her son by King Solomon. They allegedly removed the Ark from the Temple without Solomon’s knowledge.

The whereabouts of the Ark of the Covenant have been unknown since the destruction of the Temple, leaving room for even this Rastafarian theory to be true. Since its abduction by Makeda and Menelik, the Ark is believed to be protected by the Ethiopian Orthodox Church, which preserves it in the famous cathedral of Church of Our Lady Mary of Zion, originally built in the 4th century CE.

It is impossible to verify or disprove the Rastafarian claim to the Ark. Only the guardian monk of the church may view the Ark, in accordance with the Biblical accounts of the dangers of doing so for non-Priests. The guardian monk is appointed for life by his predecessor before the predecessor dies. The guardian is then confined to the chapel of the Ark of the Covenant for the rest of his life, praying before it and offering incense.

While the Rastafarian claim to the Ark may seem improbable, Harry Moskoff, a world-renowned Ark of the Covenant expert and author of the “A.R.K. Report”, offers a different opinion.

“Like other Temple vessels, there were duplicates made of the Ark, as it says at the end of Tractate Hagigah [a tractate of the Jewish Oral law, known as Talmud],” he explained to Breaking Israel News. “My opinion is that the Ark that is apparently in this church could be one of those. It doesn’t contain the 10 Commandments but is still a powerful object and Biblical artifact.”

“The Jewish tradition, as I state in my book, is that the golden Ark of the Covenant that Bezalal made is still hidden and buried under the Temple Mount in Jerusalem. My theory points to evidence that places it to the southwest of the Dome of the Rock. Twenty-five years before the destruction of the First Temple, the Ark was ordered by King Josiah to be secreted away into this prepared underground chamber, as it says in Chronicles.  It’s still there today, 2,700 years later!”