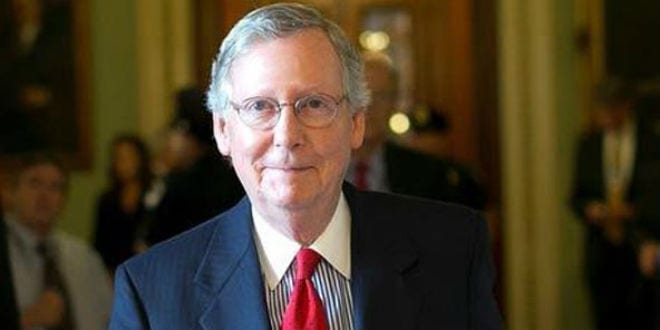 Despite growing American disapproval of the Iran deal, US President Barack Obama has a “great likelihood of success” in passing the agreement, Senate Majority Leader Mitch McConnell (R-KY) announced on Monday.

The Republican led Congress has vowed to block the deal, with Obama threatening to use his presidential veto powers to overcome the opposition. Should the vetoed deal turn back to lawmakers, Republicans may have a hard time gathering enough votes to override the president.

“He can win by getting one-third plus one of either house,” McConnell stated while meeting with business leaders in Kentucky. “So he’s still got a great likelihood of success.”

With less than a month left for US lawmakers to review the nuclear accord, 20 Senate Democrats have announced they are supporting the deal. In the House, 48 Democrats have sounded their approval, with 10 in opposition.

The most notable Democrat to come out against the Iran deal is New York Senator Chuck Schumer, the third most powerful Democratic senator. Schumer has faced considerable backlash from his party and threats by the Obama administration.

While many Democrats are slowly coming out in favor of the deal, McConnell expressed his confidence that no Senate Republican would support the deal.

“The campaign of the president to get it approved will be entirely among Democrats, probably Democrats in very safe Democratic seats whose only fear of re-election would probably be getting a primary,” he explained.

“I hope we can defeat it, but the procedure is obviously stacked in the president’s favor,” McConnell told reporters afterwards. “We’ll see.”