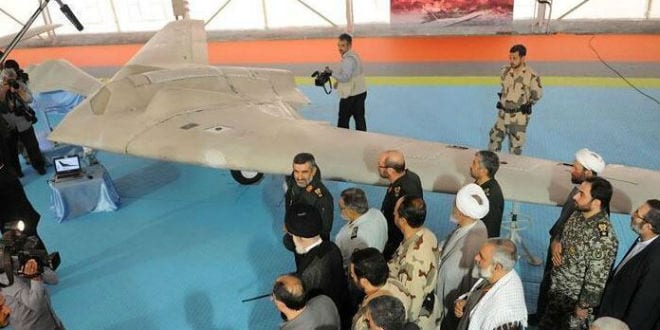 Saudi Arabia’s Foreign Minister, Adel Al-Jubeir stated on Monday that Iran has been blatantly interfering in the internal affairs of several Arab countries. While on a trip to Berlin, Al-Jubeir commented that Iran was continuing to interfere with Iraq, Syria, Lebanon and Yemen during a joint press conference held with German foreign minister, Frank-Walter Steinmeier.

Despite the Iran nuclear deal that was signed with the six world powers – China, France, Russia, United Kingdom, United States and Germany – in July, Al-Jubeir stated that Iran will go ahead and manufacture nuclear weapons according to a news report in the Saudi Gazette. The Saudi foreign minister said he based his belief upon the fact that Tehran has consistently refused to allow nuclear inspectors to visit some of its military installations.

The Saudi Gazette also reported in an article last month that Prince Bandar Bin Sultan, a former head of the Kingdom’s intelligence services, had written a newspaper opinion piece where he related his assessment of the nuclear deal, stressing that the Iran deal would allow it to “wreak havoc in the region.”

Indeed, three days after the Iran nuclear deal was announced on July 14, the Twitter account attributed to Iran’s Ayatollah Ali Khamenei included a post, stating that a “nuclear industry R&D is an issue they spent years trying to stop it, but now they’ve written & signed it.” There was also a post highlighting that Iran “won’t stop supporting the oppressed nation in Palestine, Yemen, Syria, Bahrain and Lebanon.”

Furthermore, during a public address four days after the signing of the Iranian deal, in the presence of Iranian President Hassan Rouhani and the Vice President and Head of Iran’s Atomic Energy Agency, Ali Akbar Salehi, Ayatollah Khamenei declared that the “slogans, ‘Death to Israel’ and ‘Death to the USA’ have shaken the entire country.”

“Despite the (nuclear) negotiations and the agreement that was achieved, our policy towards the American regime of arrogance has in no way changed,” said the Ayatollah.

The thousands present during the Ayatollah’s address, which was captured on video, responded with “Death to the USA,” “Death to the Britain” and “Death to Israel.”

At Monday’s press conference, Al-Jubeir also stated that Iranian support for the President Bashar Al-Assad regime in Syria has been a tragedy for the Syrian people.

Meanwhile, the German foreign minister, Steinmeier said that he understood the concerns of Saudi Arabia and other Gulf countries regarding the Iranian nuclear deal. He also indicated that the sanctions would be reinstated upon Iran if the Islamic Republic would attempt to go back on the conditions of the deal.

The Saudi foreign minister will also be visiting Moscow this week to discuss the possibility of Russia-Saudi cooperation in fighting terrorism, among other issues including the Syrian conflict and Yemen’s fight against the Iranian-backed Houthi rebels.