Terror Survivor Helps Thousands of Children of Terror in Samaria 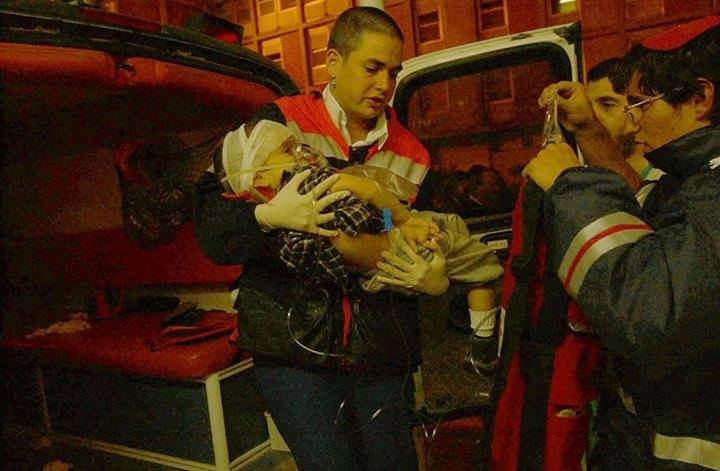 Sometimes the most amazing things can come out of the darkest places.

David Rubin, the founder of the Shiloh Israel Children’s Fund, has helped thousands of children cope with trauma caused by terrorism suffered by them or their family members. Since its inception 11 years ago, Shiloh has brought relief and closure to victims of terror through its therapy center, located in the Biblical heartland town of Shiloh in Samaria.

The story of how the organization started began in the aftermath of a 2001 terror attack that almost claimed the lives of Rubin, the former mayor of Shiloh, and his then three-year-old son.

During the Second Intifada, Rubin was driving with his son home from Jerusalem to Shiloh. Without warning, Rubin’s car was ambushed and Palestinian terrorists sprayed 49 bullets into his car using AK-47 automatic assault rifles. Finding his car suddenly broken down and refusing the start, Rubin and his son were sitting ducks. Continuing to take fire, Rubin checked on his son just before he was shot in the leg.

After trying numerous times, Rubin finally succeeded in getting his car to restart. He drove with the car’s maximum speed to the nearest Jewish town, Ofra, and stopped at a gas station. The local gas station attendant, who also happened to be a paramedic, rushed over and began administering emergency medical care.

Rubin’s son, who at first glance appeared okay, had been shot in the neck and was unable to speak or make a sound. Rubin and his son were rushed to Hadassah Ein Kerem hospital where they underwent numerous surgeries. Both recovered, but not before the child suffered memory loss, and continuing post traumatic stress disorder.

“Immediately after the attack, while I was in the hospital, the doctor came to me and told me that the head of media relations for the hospital wished to speak with me. The head of media relations told me that reporters from all over Israel were amassed right outside the ward and wanted to interview me since I was the 1,000th terror victim to be treated at the hospital since the beginning of the Second Intifada,” Rubin recounted to Breaking Israel News. “He said he would protect my privacy if I so choose but he wanted to give me the choice to talk to them if I wanted. I said bring them in here and I have what to say to them.”

“I felt then, and I still feel it now, that I have a story to tell. I’ve experienced the trauma of terrorism. I feel like I have a duty to help others,” explained Rubin.

“I was saved by a series of miracles. I was shot in my left leg, allowing me to still drive. The bullet that hit my son missed his brain stem by one millimeter. My son couldn’t lift himself up and he had total memory loss, but his memory returned a few weeks later. 49 bullet holes were in the car. When we took it in to get fixed, the mechanic told me that he couldn’t start the car at all. The fact that we were able to start it was a miracle.”

One of the darkest moments of Rubin’s life has since then helped save the lives of thousands of children from all over Israel. “The terrorists intended for evil, and God turned into good,” Rubin said.

Spurred into action from his harrowing experience, Rubin took up his cause to help fellow terror victims with local and regional politicians as well as the media. “I took my story and turned it into a pitch that would result in the creation of the Shiloh Israel Children’s Fund, something that would help children who have suffered the trauma of terror first and second hand so that they could receive the help they need to heal,” said Rubin.

Shiloh, whose slogan is “Help us be children again!”, is open to all children who have suffered traumatic events and utilizes numerous methods to help youth deal with the trauma that they have experienced. “The terror attack and later, the therapeutic healing of my son, taught me a lot about how to deal with children who suffer trauma. You can’t sit them down and have them talk to a therapist about it,” said Rubin. “You need to use an intermediary to get the child to discuss the trauma or to let the trauma out.”

Beginning as a small trauma therapy center, Shiloh was situated in a modest building in the heart of the Shiloh educational complex.

The location for the center could not be more serendipitous as the city of Shiloh has amongst its population one of the highest percentages of terror victims in all of Israel. This situation has continued since the beginning of the Second Intifada, with an attack coming just last week just outside the town.

“The story strikes a chord with many people all over the world,” Rubin indicated. “My son came back from the hospital, he was walking around in the middle of the night screaming. We realized that there was psychological trauma that he needed help for. We started role playing in a car and he started telling me about the two people in the car who were in danger, and we realized that the people he was talking about was actually myself and him. That is when I realized I had a mission to help children deal with facing the trauma of terrorism.”