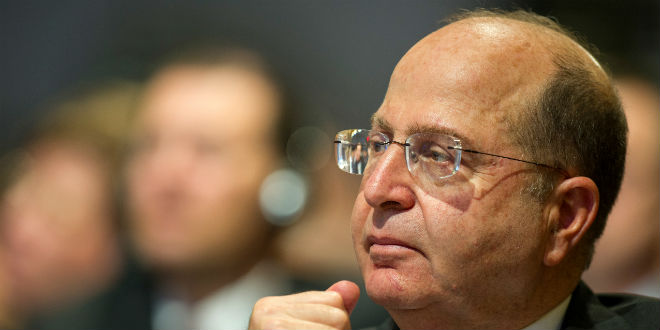 Issuing a somewhat veiled threat at Iran, Israeli Defense Minister Moshe Ya’alon said Israel is not responsible for the lives of Iranian nuclear scientists, hinting at the renewal of covert assassination missions.

In an interview with German newspaper Der Spiegel, the defense minister stressed that Israel would do anything necessary to prevent Iran from acquiring a nuclear weapon. Ya’alon revealed that Israel is preparing for the possibility of a military strike against Iranian nuclear sites.

“Ultimately it is very clear, one way or another, Iran’s military nuclear program must be stopped,” he said. “We will act in any way and are not willing to tolerate a nuclear-armed Iran. We prefer this be done by means of sanctions, but in the end, Israel should be able to defend itself.”

Ya’alon added that Israel was “not responsible for the lives of Iranian scientists.”

Over the last decade, five Iranian nuclear scientists were killed, manly by car bombs. Israel was blamed for the assassinations but never confirmed any involvement in the deaths. Iran hanged several Iranians based on accusations of collaborating with the Zionists.

The last assassination of an Iranian nuclear scientist occurred in 2013 and have since stopped. According to CBS News, the assassinations were halted due to pressure from the United States amidst new rounds of nuclear negotiations between Tehran and world powers.

Ya’alon’s comments come amidst a US congressional review of the recently signed nuclear agreement between Iran and the P5+1 seeking to curb Iran’s nuclear program in return for sanctions relief.

Lawmakers will vote in September on whether to endorse or reject the deal. US President Barack Obama recently said it would be a “historic mistake” for Congress to attempt to block the deal, which the president has vowed to veto should it be rejected.

The advancement of the deal was dealt a major blow last week when leading Jewish Democratic Senator Chuck Schumer (NY) announced that he would not be voting in favor of the agreement.