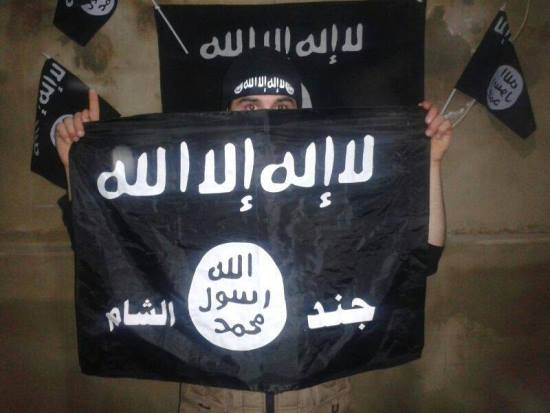 The American Media Institute revealed that an ISIS recruitment pamphlet had been found in Pakistan outlining a plan for an ‘Armageddon-like world war’ that the group plans to initiate in India. According to the pamphlet, ISIS hopes to build up an army in Afghanistan and Pakistan, collecting enough forces to create a massive war of apocalyptic proportions to end the world. The group will initiate this war in a country that contains the third-largest population of Muslims in the world.

The pamphlet, which was reviewed by USA Today, is written in Urdu, and contains 32 pages. It  also outlines how ISIS forces will attack US soldiers as they withdraw from Afghanistan, targeting US diplomats and Pakistani officials in the process.

The pamphlet was obtained from a Pakistani citizen who is connected to the Pakistani wing of the Taliban. It was brought to the US by the AMI and translated from Urdu by Harvard researcher and translator Mustafa Samdani.

The document,  entitled “A Brief History of the Islamic State Caliphate (ISC), The Caliphate According to the Prophet,” was deemed authentic by US intelligence officials.

The goal of ISIS, according to the document, is to unite the various Islamic militant groups, including various branches of the Taliban, under one umbrella. It encourages Al-Qaeda to join up, and states that Islamic State’s leader, Abu Bakr al-Baghdadi, should be recognized as the leader of the world’s one billion Muslims at the head of a new religious empire.

“Accept the fact that this caliphate will survive and prosper until it takes over the entire world and beheads every last person that rebels against Allah,” it proclaims. “This is the bitter truth, swallow it.”

Retired Defense Intelligence Agency Director Lt. Gen. Michael Flynn, who also reviewed the document, said it “represents the Islamic State’s campaign plan and is something, as an intelligence officer, I would not only want to capture, but fully exploit. It lays out their intent, their goals and objectives, a red flag to which we must pay attention.”

The pamphlet states that plans for a war on India are already underway, and the the US, when it will engage with ISIS’s forces, will face the entire Muslim world as an opponent. “Even if the US tries to attack with all its allies, which undoubtedly it will, the ummah (Islamic nation) will be united, resulting in the final battle.”

The pamphlet states that previous Muslim terror groups such as Al-Qaeda have been going about attacking the US in the wrong way. Direct confrontations with the US should be avoided, it says, and instead Arab efforts should be spent trying to create a stable caliphate.

It proclaims that “instead of wasting energy in a direct confrontation with the US, we should focus on an armed uprising in the Arab world for the establishment of the caliphate.”

ISIS has been wildly successful at recruiting tens of thousands of followers from around the world, and is now making headway in Pakistan and Afghanistan in its continuing effort to take over the region.