In Groundbreaking Move, Israel to Dispense Medical Marijuana via Pharmacies 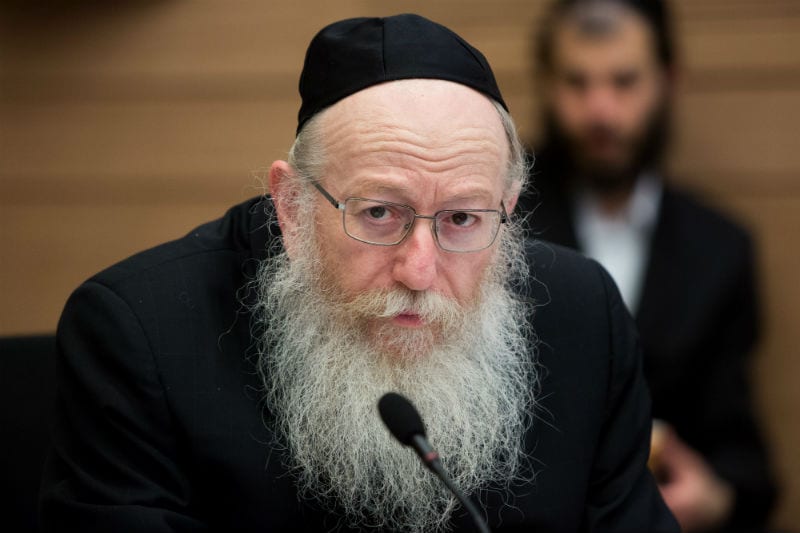 Israel is making a big move in medical marijuana, with Deputy Health Minister Yaakov Litzman announcing it will be made available in pharmacies. Rabbi Litzman, who serves as de facto health minister for the country, made the announcement at a Knesset Committee on Drug and Alcohol Abuse meeting Monday.

Israel is on the cutting edge of medical marijuana research, developing the world’s first metered-dose dispenser, as well as highly specialized strains of the plant. The country also has the highest per-capita rate of licensed medical users. Currently, however, while eight companies are authorized to grow it, only two bodies can legally dispense cannabis. Litzman aims to see that change.

“I am aware of the need to change the Health Ministry’s existing policy on the matter,” Litzman told the Knesset committee. “Medical marijuana will be sold by pharmacies under an arrangement process, contingent on a prescription written only by a senior physician who has been trained for this specific purpose by the Health Ministry.”

“Today there are pharmacies that dispense all kinds of other drugs like morphine, so since that has been organized, this can be organized as well.”

Litzman added that he would like to issue a tender to double the number of growers in the country, a move being fought by current licensees on technical grounds. The matter is currently before the High Court of Justice.

Litzman, 66, is the head of the ultra-Orthodox United Torah Judaism list. He admitted to having no personal experience with marijuana.

“The first time I saw marijuana was last week. I had never seen it before, and never touched it,” he said. However, he made the decision in response to enormous pressure on the few legal dispensaries and the challenges faced by the 21,000 patients legally permitted to use the substance.

“Under instructions of the High Court of Justice, I am taking action on the matter, after having made sure not to engage in it myself in the past.”

“We heard a revolutionary statement on this issue for the first time in several years,” the Meretz MK was quoted in The Times of Israel as saying.

“This is huge news. Thank you for publicly stating your principles on this matter. I think many people will welcome this change,” she added.

Jewish Home MK Yinon Magal, who last month introduced a bill to legalize small amounts of marijuana for recreational use over the age of 21, told Israel Hayom, “I hope that the new process will truly bring the much-anticipated relief within a short period of time.”

While Jewish law generally frowns upon recreational drug activity, deeming it both a health hazard and an impediment to proper Torah living, it has a very open attitude towards anything which could save lives or relieve suffering. Medical marijuana qualifies in both categories, depending on the circumstances.

This is not Litzman’s first involvement with medical cannabis. Earlier this year, he issued an appeal to health ministry officials to add cannabis-based treatments for epilepsy added to the health basket of subsidized medications.