Heaven’s Timing and the Nuclear Deal with Iran

Home » Heaven’s Timing and the Nuclear Deal with Iran 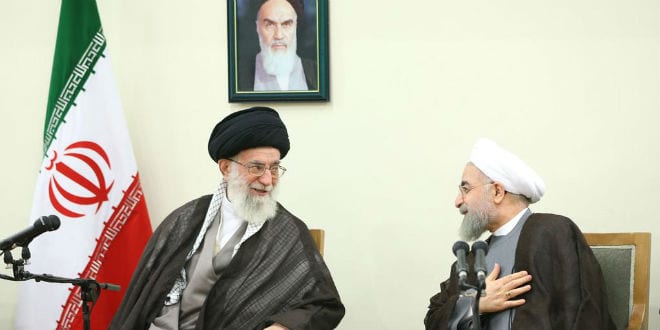 The Iran Nuclear Deal was signed on July 14, 2015 by the P5+1 – a group comprised of representatives of the governments of the US, Britain, France, Russia, China and Germany – and the Islamic Republic of Iran. This date falls during a particularly significant time in the Jewish calendar known as The Three Weeks.

The Three Weeks are a mourning period that the Jewish people observe each year for the destruction of the Holy Temples in Jerusalem. The period starts on the 17th of the Hebrew month of Tammuz and ends on the 9th of the Hebrew month of Av and always falls in the summer. The 9th day of Av, which this year is July 26, is called Tisha B’Av and is the saddest day in the Jewish calendar. It was the day that both Holy Temples were set on fire.

In comparing the deal with Iran to the Munich Agreement between British Prime Minister Neville Chamberlain and Hitler in 1938, world-renowned lecturer Rabbi Lazer Brody wrote: “Now, 77 years later, during the notorious ‘Three Weeks’ between the 17th of Tammuz and Tisha B’Av, the USA has reaffirmed its commitment to hedonism by appeasing Iran and signing a nuclear agreement that is not worth the skin of a garlic clove.”

In an email dated July 16, 2015 and sent to his “Letter from Jerusalem” subscribers, Rabbi Avraham Greenbaum, Founder and Director of AZAMRA, an international organization that promotes Torah teachings to all nations, echoes Rabbi Brody’s thoughts about the timing.

“The carefully choreographed timing of the announcement after so many delays could not have been more significant from the Jewish point of view, given that it fell on July 14 / 27 Tammuz, bang in the middle of the ‘Three Weeks’ period from the Fast of 17 Tammuz (4 July) until the Fast of Tisha B’Av (26 July), when we soul-searchingly contemplate our collective past, our present and our future destiny,” he wrote.

Although the White House is attempting to push the agreement through the United Nations before Congress has had a chance to review the measure, there is another striking connection between the Iran nuclear deal and the Jewish calendar.

Regardless of what happens at the UN, the US Congress has 60 days to review and vote to either ratify or nix the nuclear deal. On the Jewish calendar, 60 days from the day the Iran nuclear deal was signed falls on Rosh Hashana, the Jewish New Year. Thus, the final decision will likely be announced in the period between the Jewish holidays of Rosh Hashana and Yom Kippur known as the Ten Days of Repentance. These are days of judgement for the Jewish people.

Speaking to the confluence of this decision and the Jewish calendar, End of Times author Rabbi Pinchas Winston told Breaking Israel News, “The [Talmud says] that all punishment comes to the world because of the Jewish people. Sometimes it means the Jewish people are not up to snuff, but other times it means that we did not care enough to use our spiritual gifts, such as Torah learning and prayer, to save a situation. When important decisions ‘hang in the air’ for a time, it is Heaven’s way of giving the Jewish people a chance to use those gifts to get history back on track. The fact that the Iran deal was made during the Three Weeks and will be decided on by Rosh Hashanah should make it clear where our responsibility lies. We don’t want this ‘punishment’ to occur and we certainly don’t want to be responsible for it.”

When questioned further, Rabbi Winston affirmed, “Now we have a chance to interfere with it [the nuclear deal] by praying and doing mitzvos [God’s commandments].”

Rabbi Nachman Kahana, an orthodox rabbinic scholar, offers comfort to believers who sense a connection between the Iranian nuclear deal and the End of Days. He cites the Yalkut Shimoni, a 16th century rabbinic commentary on the Bible, which describes the current situation prophetically.

“The Yalkut states that Paras (Persia-Iran) will be the dread of humanity. The world’s leaders will be frustrated in their futile efforts to save what they can. The people of Yisrael will also be petrified by the impending danger,” he wrote. “And HaShem [God] will say to us, ‘Why are you afraid? All of this I have done in order to bring you the awaited redemption. And this redemption will not be like the redemption from Egypt, which was followed by suffering. This redemption will be absolute, followed with peace.’”