Why Didn’t Obama Condition Nuclear Deal on Release of Americans? 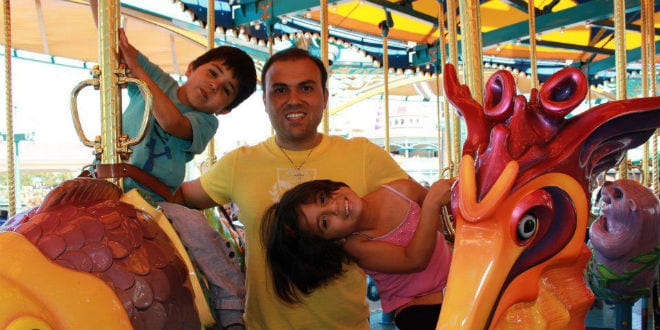 Four Americans are being held in Iran, at least three on what are considered to be trumped-up charges, and their families would like to know why US President Barack Obama has not done anything to get them out.

The wife of imprisoned American-Iranian pastor Saeed Abedini told Reuters news agency that Congress should block the recently-finalized nuclear deal with Iran until their freedom is assured.

Abedini, 35, has been held in Iran since 2013, accused of compromising Iran’s national security for setting up home-based Christian churches in the Islamic Republic. According to his wife Naghmeh, Abedini’s condition is deteriorating as he faces threats from Islamic extremists held in the same prison.

Christine Levinson, the wife of hostage Robert Levinson, a former FBI agent who disappeared in Iran, expressed the same sentiment. According to The New York Post, Levinson has been held by Iran for eight years, making him the longest-held hostage in Iran.

“This nightmare must end,” she said.

Presidential hopeful Donald Trump wanted to know why Obama did not do more for these American prisoners. “We have four people over there, prisoners that they’re keeping — hostages, whatever you want to call them — that’s not part of the deal. Why isn’t that part of the deal?” Trump asked during an interview on Fox Business Network.

CBS News Chief White House Correspondent Major Garrett wanted to know the same thing. During a press conference Wednesday to promote the deal, which would see sanctions eventually lifted in exchange for Iran reducing its nuclear program and allowing site inspections, Garrett asked, “Can you tell the country, sir, why you are content, with all of the fanfare around this [nuclear] deal to leave the conscience of this nation, the strength of this nation, unaccounted for, in relation to these four Americans?”

Angrily, Obama shut down the notion that he was celebrating at the prisoners’ expense.  “I’ve met with the families of some of those folks,” Obama told the press. “Nobody’s content, and our diplomats and our teams are working diligently to try to get them out.

“Now, if the question is why we did not tie the negotiations to their release, think about the logic that that creates. Suddenly, Iran realizes, you know what, maybe we can get additional concessions out of the Americans by holding these individuals – makes it much more difficult for us to walk away if Iran somehow thinks that a nuclear deal is dependent in some fashion on the nuclear deal. And by the way, if we had walked away from the nuclear deal, we’d still be pushing just as hard to get these folks out. That’s why those issues are not connected, but we are working every single day to try to get them out and won’t stop until they’re out and rejoined with their families.”

Along with Abedini and Levinson, ex-marine Amir Hekmati and Washington Post journalist Jason Rezaian are being detained in Iran.