Rebuilding from Rubble: From Gaza to the Galilee

Home » Rebuilding from Rubble: From Gaza to the Galilee 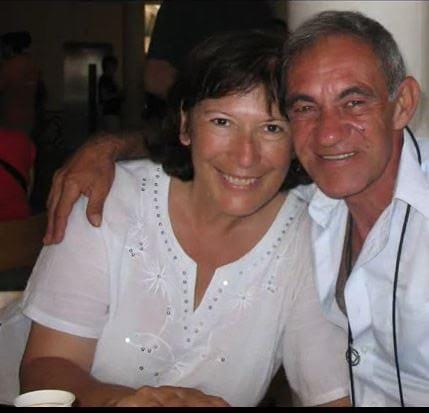 Tina Nagar, an artisan now living in northern Israel, and her husband, Moshe, managed to rebuild their life together from the ashes and rubble of the 2005 Israeli disengagement from Gush Katif in the Gaza Strip, which was exactly ten years ago next month.

Tina, born and raised in Massachusetts, came to Israel in 1994 after feeling a strong, inexplicable draw to the Land. “God was bringing me home,” she told Breaking Israel News.

She met her husband soon after, and they married in 1996. When they met, Tina said, communication was difficult; she knew no Hebrew, and he knew no English. But they managed, incredibly, to find a beautiful way to communicate using the Hebrew Bible.

“The foundation of our relationship was the word of God, the call of God on our lives, and the understanding that what both of us wanted was to serve God,” Tina explained.

Five years later, after a chance encounter with the burgeoning Jewish communities in the Gaza Strip, Tina and Moshe decided to move to Nitsanit, which at the time was the largest Jewish community in northern Gaza. As Tina described it, Nitsanit was an oasis surrounded by sand and desert.

In 2000, the Nagars moved in under the fire of the First Intifada. Their home was very close to Gaza rocket launching sites. Tina described sitting in the shelter and hearing rockets being released and falling around them. It became a common occurrence.

In December of 2003, Tina got her first digital camera and began to try her hand at photography, using her own garden as a subject. “I hadn’t had a camera for years, and I came home and started taking pictures of the flowers in the garden,” she told Breaking Israel News. “I realized that something that years and years and years before had been a desire of mine, to take pictures and write inspirational sayings on them, was right at my fingertips. So that’s how I began, before we left.”

Despite the hardships and dangers of living in Gaza, Tina and Moshe loved their community. They stayed nearly six years before the 2005 Israeli disengagement from the Gaza Strip forced them out. “It was enough time for the fruit to begin to grow, and the roses to begin blooming, and people to come and sit under the pomegranate tree,” Tina reminisced.

Then came the disengagement. In an effort to advance the peace process with the Palestinians, in the summer of 2005 Israel withdrew all of its military presence from Gaza and dismantled all of the Israeli communities within its borders, evicting all of their residents. The Nagars uprooted their beautiful garden, transferring it to buckets and pots. They even took their gates and fences, knowing whatever was left would be destroyed. They were relocated to a community in the north of Israel called Bustan HaGalil.

The Palestinian Authority requested that the Israeli army demolish all of the Jewish homes in the Gaza settlements. A few weeks later, Tina and Moshe returned to Nitsanit to see the extent of the damage. “There were the posts of the gate, and then as far as the eye could see, nothing. There was only rubble,” said Tina.

“It was a trauma,” added her husband, Moshe. “Tina and I looked at each other and and I said to her, ‘“isten, we’re going to do everything again, from the beginning. No one can take our education, or our happiness. They can take the stones, but our feet are still here, and we’ll do it again.’ And we did it.”

Building a home in their new community was a struggle which lasted five years. It was frustrating, said Tina, but they knew that “God was doing the uprooting, and nothing was to be put into the ground until he had brought us to the place where he would have us set our roots down.”

She likened their struggle to the story of the prophet Nehemiah, who rebuilt the walls of Jerusalem from ruins. “He had to fight with one hand, and build with the other hand, and the only thing that kept him up was faith,” she said. “He built with the broken pieces. And so did we.”

Tina and Moshe reinstalled their garden gates and replanted their garden, one-third of which survived the uprooting from Nitsanit. “The roses are now growing up to the second floor of our new house,” said Tina with a smile.

Tina turned her focus to her crafts, seeking to integrate her art with her love of the land of Israel. She went to a printer and designed a set of beautiful greeting cards, called the Nitsanit Series. Each card is decorated with a photograph from her Nitsanit garden and a Biblical verse in both English and Hebrew.

In spite of the uprooting and struggles they have endured, the Nagars remain optimistic and hopeful. “I try not to be bitter or angry,” said Tina. “God enabled me, through the pain that I went through in my life, to still be a witness of the faithfulness of God.”

To purchase a 8-card set of the Nitsanit Series, click here.