Before Attack, Chattanooga Terrorist Calls on Muslims to “Submit to Allah”

Home » Before Attack, Chattanooga Terrorist Calls on Muslims to “Submit to Allah” 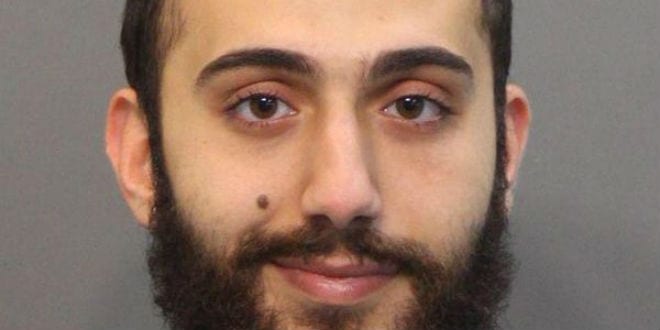 Four US Marines are left dead and others injured following a deadline shooting terror rampage in Chattanooga, Tennessee on Thursday. One of the Marines killed was a decorated war hero with two purple hearts.

Muhammad Youssuf Abdulazeez, the 24-year-old Kuwaiti born terrorist, opened fire on two US military facilities before being killed in the shootout with police.

The terrorist, driving an open-top Ford Mustang, opened fire on a joint military recruiting center in a strip mall, riddling the outside of the building with bullets. Abdulazeez then drove 10 km (6 miles) to a Naval Reserve Center, where he fatally shot four Marines before being shot dead by police.

Three people were wounded in the attack, including a police officer and a Marine. The first attack began at approximately 10:45 am and ended some 30 minutes later.

Friends and acquaintances of Abdulazeez expressed their shock to the media over the attack, saying that Abdulazeez was an “all-American kid” who came from an “average” family.

US President Barack Obama condemned the attack and offered his condolences to the families of the victims.

“It is heartbreaking circumstance for these individuals who have served our country with great valor to be killed in this fashion,” he said from the Oval Office.

The FBI was quick to determine the attack was a case of domestic terrorism and are investigating possible ties to ISIS. FBI Special Agent Edward Reinhold told media on Thursday that investigators have yet to connect Abdulazeez to an international terrorist organization.

The deadly Chattanooga attack took place as ISIS put out a call to step up violence during the holy month of Ramadan, which ends Friday evening.

According to the SITE Intelligence Group, which tracks extremist groups, Abdulazeez blogged earlier in the week on Monday that “life is short and bitter.” He also wrote that Muslims should not miss the chance to “submit to Allah.”