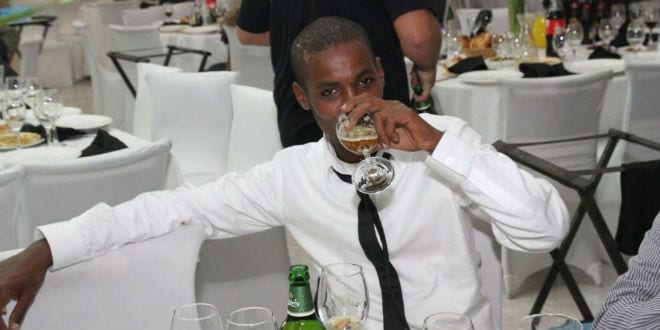 Hamas has been holding an Ethiopian-Israeli captive in the Gaza Strip since October, it was revealed Thursday, after a gag order was lifted and the information cleared for publication by Israeli defense and security officials.

The man was identified as Avraham Mengistu, 28, from Ashkelon. He is said to have sneaked into Gaza for unknown reasons. A second Israeli, whose identity still remains under gag order, is also being held captive as well.

The gag order was lifted following a lawsuit from Israeli newspapers Ha’aretz and Yedioth Ahronoth.

“Two Israeli citizens are in the Gaza Strip, in the hands of Hamas,” Israeli Defense Minister Moshe Ya’alon confirmed Thursday. “The State of Israel is making great efforts to return them to their families. We see Hamas as being responsible for their fate and demand their return.”

Sources told Israeli Hebrew media that Mengistu was last seen jumping over the border fence near the Zikim beach in southern Israel. IDF troops patrolling the area spotted Mengistu but believed he was a Palestinian returning to the Stip. Seeing him unarmed, troops did not shoot at him.

After entering Gaza, Mengistu is said to have walked towards the southern part of the Strip where he met with Gaza fisherman. It remains unclear why he wished to enter Gaza in the first place.

Mengistu’s brother Yalo told Ha’aretz that his brother left his bag, containing a Bible, on the beach. Various reports indicate that Mengistu may have suffered from a form of mental illness.

On Wednesday, during a rally in Gaza, Hamas leader Khaled Meshal alluded to Mengistu’s capture when speaking about Israelis currently being held by the terror group, including the bodies of two IDF soldiers who were killed during last summer’s war.

Secret negotiations have been ongoing to secure Mengistu’s release, as well as the bodies of soldiers Hadar Goldin and Oron Shaul, Israeli officials confirmed.

Hamas official Hassan Yusef told Israel Radio on Thursday that the terror group will not even begin to consider releasing Mengistu or the bodies until Israel releases terrorists from the 2011 prisoner swap for Gilad Shalit that were re-arrested.

Some 60 Palestinians out of a total 1,027 released by Israel are currently imprisoned by Israel. Many were re-arrested during the crackdown on Hamas following the kidnapping and murder of three Israel teens last summer.