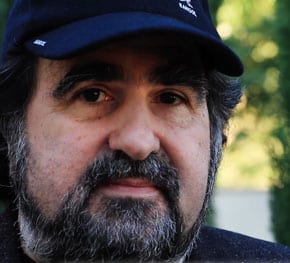 Richard Shaw is a man of many passions and talents. Perhaps the greatest of these is his newest project, the sharing of modern-day insights based on ancient hidden biblical Torah codes in his DVD, “Torah Codes End to Darkness“.

“The Torah Codes film is an important phenomena that people need to know about.” Shaw told Breaking Israel News.

Nationally known for his work in digital non-linear editing, Shaw has a history of involvement with television, video, Video Systems magazines and reviews advances in Apple technology. Additionally, he founded Pinlight LLC in Hollywood, California in 2005 which focuses on film, HD and electronic media projects.

Shaw, a Christian, is the producer, host and director of this newly released documentary. Filmed in New York and Jerusalem with interviews and footage, the movie highlights events from the recent past and shows, through mathematical computer generated images, where these events are alluded to in the Bible. Names, places and events are all shown to be encoded in the Bible including Hamas, Obama, Netanyahu, the economic crash, the destruction of the Twin Towers and more.

Startled when Rabbi Matityahu Glazerson, a Bible Codes expert featured in the film, found the word “Pinlight” encoded in the Torah, Shaw shared, “My company name was located near the words ‘Torah Code’ and ‘will be distributed’ along with the Biblical phrase ‘will show the deeds of God to the world’.”

“Torah Codes End to Darkness” demonstrates through first hand interviews and advanced computer technology that Biblical codes are mathematically provable. With advancements in computer programming, over 2,000 hidden codes have already been discovered.

“Bible Codes are unique in the way the words present themselves. With all that is happening in the world today, I tend to believe that the Bible may be here to give us information that can help us through these events by showing us that these things are all encoded in advance. Codes are the modern replacement of the Ephod used in ancient times by the High Priest to find answers.”

It is, however, worth noting that traditional Judaism has always known that God encrypted the Bible with everything that was, is and will be. Rabbi Bachya ben Asher, a 13th century kabbalist from Spain and a major Torah commentator, is the first person recognized to have discovered that skipping letters in the Hebrew text at equidistant intervals can reveal deeper, hidden secrets, not only about the creation of the world but also about world events.

“The books of the Bible were originally given with no spaces between the words and no punctuation. The text almost looks like computer code because of the way it was written down. With today’s computers, we can decode some of its mysteries,” explained Shaw.

This information came to a greater light in the 1970s when Rabbi Shmuel Yaniv used mathematics to literally decode the Hebrew Bible. Professor Eliyahu Rips, trained as an atheist when growing up in Communist Czechoslovakia, shares in the documentary how, by originally using an Apple II computer by Avraham Oren, finding codes became much more accessible and led to his full belief that there is a God.

“The world is  rapidly becoming a very dark place filled with global instability, terror attacks, eroding freedoms, unusual weather patterns, the falling away of  belief in God and more. Bible Codes seem to intertwine ancient text and very high-tech at the same time. It seems as though it has been customized for our generation,” Shaw stated.

Watch “Torah Codes End to Darkness” and see if you agree.