How the Land of Israel Anticipates the Final Redemption

Home » How the Land of Israel Anticipates the Final Redemption 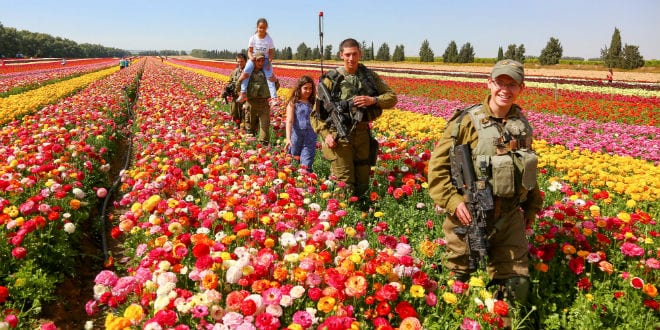 India is in negotiations with two Israeli agricultural technology firms to bring Israeli farming technology to India, The Hindu news website reported. Their goal is to increase vegetable and fruit yields on Indian farms.

The fact that Israel’s agricultural expertise is so advanced that it’s being exported to other countries is a sure sign that the Messianic Age is imminent.

The famous Jewish Biblical commentator known as Rashi, who lived in the 11th century, explained the connection between Israel’s agricultural successes and the Messianic Age in his comment on a passage in the Talmud.

“When the Land of Israel yields fruit abundantly, then the end is near, and there is no clearer indication of the end than this.”

Two months ago, Rabbi Tovia Singer of OutreachJudaism.com released a video in which, beginning at 11:59, he talks about the prophecy of the Land of Israel giving forth its fruit in abundance as a sure sign of the End of Days.

Why is Israel’s agricultural success in our time so significant?

History proves that the Land of Israel did not produce for any people except the Jews. When Mark Twain toured Israel in 1867, he described Israel as being completely void of vegetation.

“… A desolate country whose soil is rich enough, but is given over wholly to weeds…a silent mournful expanse…a desolation…we never saw a human being on the whole route…hardly a tree or shrub anywhere. Even the olive tree and the cactus, those fast friends of a worthless soil, had almost deserted the country.”

That bleak landscape is the one Jewish immigrants faced when they first started returning to the Land of Israel. Today, the Land responds to her Jewish inhabitants, producing an amazing array of fruits and vegetables, despite the desert conditions.

Even during the current shmittah year, Leviticus 25:20-22 reassures the Jewish people that, by following God’s command to rest the Land every seventh year, the Land will still produce enough to feed the people.

End Times author Rabbi Pinchas Winston told Breaking Israel News, “We learn from the plagues in Egypt that the signs of redemption can occur all around us and yet be hidden enough to allow those who wish to ignore them the opportunity to do so. One of the ways that this happens is that an event takes place on a level that is a mixture of both miracle and nature: those who emphasize the natural element overlook the miracle while those who are brave enough to admit to the miracle see the fulfillment of prophecy.

“Even scientists and experts in other fields marvel at the advancements in Israel in the areas of technology and agriculture, which allow for greater production of food with less effort, or in areas and ways previously not possible,” Winston explained.

“However, while they look for technical reasons for such miraculous success those who appreciate the miracle know that this is, in fact, a modern-day fulfillment of ancient prophecies that identify such wonders as Divine signs that the Final Redemption is imminent.”