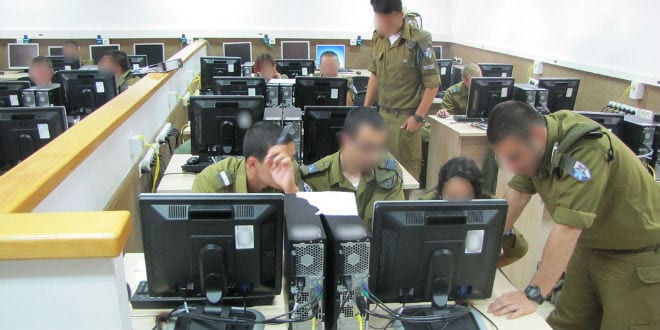 IDF Chief Lt. Gen. Gadi Eizenkot recently announced the formation of a new branch of the IDF that will be dedicated to advancing the army’s cyber warfare efforts, administer cyber strategies, provide cross-military cyber services, and spearhead the cyber efforts of all military branches, including the three units already dedicating to cyber protection and counterattacks.

This new branch, said Eizenkot, will be paramount to the IDF’s adaptation to the dynamic nature of modern warfare and the very real cyber threats and attacks that Israel undergoes daily. The new branch will join the IAF, Navy, and GOC Army Headquarters as a main service branch that will oversee the military’s cyberwarfare strategy.

The cyber branch is currently headed by the military intelligence unit, in specific, the C4I corps.

Eizenkot instructed Military Intelligence Director Maj. Gen. Herzl Halevi to form a special think tank to review the military’s cyber framework. Results showed that the continually developing and changing cyber warfare front requires its own section of the IDF to combat and formulate strategies on how to counter cyber attacks against Israel and Israeli targets.

According to the IDF spokespersons unit, the new branch will take two years to become fully operational. “The IDF is required to excel in every aspect of war, including the cyber dimension, which is becoming more significant every day. This new command will empower the IDF to perform better in these fronts and will utilize the technological and human advantage that already exists in Israel,” said Eisenkot.

The decision to formally open the cyber branch is pending the approval of Defense Minister Moshe Ya’alon, which is expected to be granted in the coming weeks. While the IDF said the new branch will be modeled after the structure of the IAF and Navy, it will be far more integrated than either of those two military branches. The cyber branch will be responsible for intelligence gathering, force building, and providing cross-military cyber services.

One of the challenges that the new branch will face is to coordinate its activities with the national cyber command which falls under the auspices of the Prime Minister’s Office.

The announcement of the new cyber command came just a day after the Israeli cybersecurity company ClearSky said it had uncovered a massive Iranian cyber attack against Israel.

Hackers attacked 40 targets in Israel and 500 worldwide. Using classic techniques such as phishing – creating a false web page that imitates a real one to gather information – hackers targeted retired IDF generals, researchers in academia, and employees of various security firms.

Israel has been the target of numerous cyber attacks in the past year since Operation Protective Edge last summer.