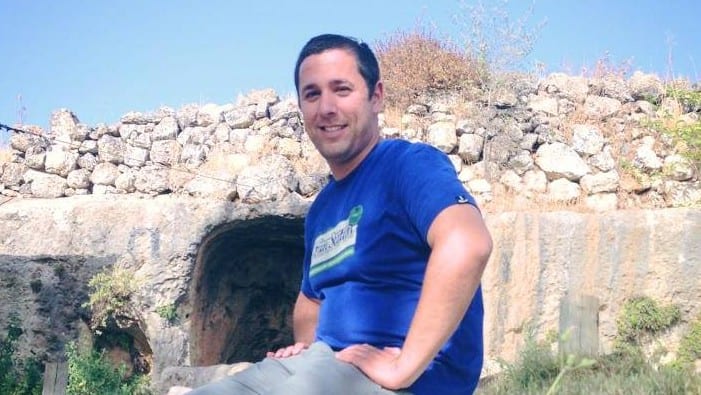 Danny Gonen, who was shot dead Friday by a terrorist near the Dolev community in Judea and Samaria, was laid to rest Sunday morning in his hometown of Lod.

Israeli security forces are continuing their search for the shooter, who they believe carried out the attack as a “lone wolf” and not as a greater plan by a terror group.

Some one thousand people attended the funeral, including Gonen’s friend who was wounded in the attack.

Gonen’s mother Devora praised her son and his love of the land of Israel. “Danny, my dear, beloved son. I cannot believe that we’re standing here now and talking about you in the past tense,” she said in her eulogy.

“You were a source of immense pride for me, a pillar to your brother and sisters. You were a devoted son to me, and when I needed it, a friend too. And you supported me in everything. You lived your life as a free Jew in your country. You loved the land and you loved the truth. The truth was your banner and you lived by it.”

The eldest of five children, Gonen, 25, was studying electrical engineering. He was shot at point blank range several times in his upper body by a Palestinian man who flagged down their car seeking help while visiting the Ein Buvin spring near Dolev.

“The Palestinian asked for information regarding a nearby spring moments before drawing a gun and shooting the passengers at close range,” the IDF explained in a statement.

Agriculture Minister Uri Ariel (Jewish Home) vowed to turn the spring into a tourist site. “The murderers who didn’t want to see even a few hikers there will now see thousands of other Jews to flock to it,” he stated at the funeral.

“Instead of occupying ourselves with superfluous internal culture wars, we should be united in facing the enemies who wish to annihilate us, some of whom share a single culture, one of the murder and terrorism,” Ariel added.

A group called the “Marwan Kawasme and Amer Abu Aysha Squad,” named after the two terrorists behind the murders of three Israeli teens last summer who were killed, claimed responsibility for the attack. The terror group claimed affiliate with the armed wing of Hamas.

Hamas praised Friday’s terror attack as “heroic.” Spokesman Husam Badran said on Saturday that “We bless whoever did it.”

Israeli Prime Minister Benjamin Netanyahu condemned the attack and said that the event proves that Israelis live under constant threat of attack.

“We mustn’t let the relative calm mislead us. Efforts to hurt us are underway at all times, and we will continue to fight them using all the means available to us,” he stated.

Israel’s president, Reuven Rivlin, said the attack was “another step in the quiet and serious escalation in acts of terrorism we have witnessed in recent months.”

In a statement released on Facebook, Rivlin wrote, “We will not accept a situation in which a young hiker has his life taken from him in the land of Israel because he is Jewish. Security forces will work tirelessly to bring to justice those responsible for this cruel and brutal act. There should be heard clear and decisive condemnation of such criminal acts from both the Arab leadership, which bears responsibility for actions of terrorism emanating from its territory, as well as from the leaders of the Arab community in Israel.”