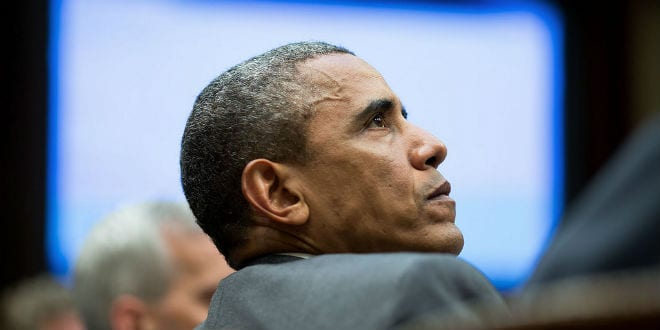 The US State Department is hitting back at former Israeli ambassador to the US Michael Oren’s criticism of US President Barack Obama’s policies towards the Jewish State.

Oren, who currently serves as a member of Knesset for the Kulanu party, wrote a scathing article in The Wall Street Journal titled “How Obama Abandoned Israel.” In his piece, Oren accuses the Obama administration of purposely abandoning Israel and reversing decades-long policies supporting the Jewish state.

Spokesman John Kirby called Oren’s claims “absolutely inaccurate and false” and said that the former ambassador’s assertions do not reflect the true nature of the relationship between Obama and Israel.

“It’s the Secretary’s view that his account, particularly the account of President Obama’s leadership in the US-Israeli relationship, is absolutely inaccurate and false, and doesn’t reflect what actually happened in the past,” Kirby stated.

Kirby accused Oren of having “limited visibility” of the bilateral relations between the two allied nations. “[The] bonds [between Israel and the US] are unbreakable. What matters is moving forward,” Kirby added.

Oren’s article coincides with the imminent release of his new memoir, “Ally: My Journey Across the American-Israeli Divide.” Based on this week’s article, speculators are wondering what else the former ambassador will reveal about the Obama administration.

Finance Minister and Kulanu leader Moshe Kahlon distanced himself from Oren’s statement and offered an apology in the form of a letter to US Ambassador to Israel Dan Shapiro.

“The moment I became aware of Dr. Oren’s recent article I summoned him immediately to my office and he made it clear that all that was written reflects his own personal views,” Kahlon wrote. He made clear that Oren’s book was written before he joined the party.

Shapiro called Oren’s claims “imaginary” and that “his account does not reflect the truth,” he told Army Radio.

“Oren is now in a different position; he is a politician and a writer who wants to sell books,” Shapiro stated.

The US ambassador reiterated that the relationship between Washington and Jerusalem remains “effective, close and the kind that serves the interests of both countries.”