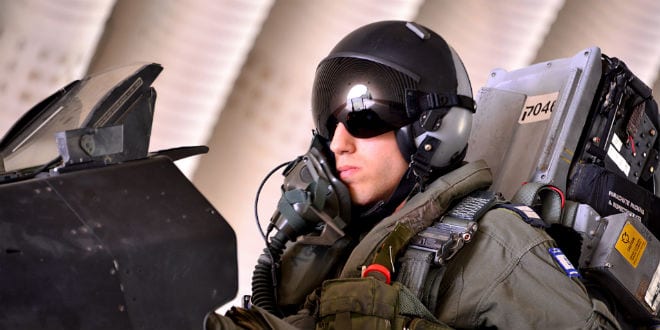 The next phase of technology is coming to a fighter pilot near you, and coming on fast. Israeli defense firm Elbit Systems has launched a new state of the art helmet for IAF fighter pilots complete with their futuristic Canary program, a physiological monitoring device.

For many years, Elbit Systems has been at the forefront of technological advancement for the protection of soldiers and civilians in Israel, as well as international markets.

The new design takes its inspiration from Marvel superhero Iron Man, rather than DC’s Black Canary, in spite of its name. The helmet, in a “Jarvis-like” style, will help monitor the health of the pilots and issue real-time alerts for life threatening inflight situations, such as losing consciousness or lack of oxygen.

“Pilots may be exposed to life-threatening medical conditions during flight due to low levels of oxygen,” said Elbit Systems Aerospace Division’s General Manager, Yoram Shmuely, in a statement.

“Modern aircraft may cause G-induced Loss of Consciousness (GLOC) and other physiological conditions (such as extreme fatigue, dehydration, etc.) which are a common cause for accidents with no reliable warning or recovery solution available,” added Shmuely. “We believe that our new system will solve these problems and save pilots’ lives.”

Canary will be integrated with the pilot’s helmet and Helmet Mounted Display (HMD), or the plane’s mission computer via the HMD interface. Canary will give warnings regarding life threatening situations such as lack of oxygen better known as hypoxia, or a loss of consciousness, thus garnering its name from the canaries used by miners to determine which mine shaft contained bad air.

The Canary program even has the ability to take over control of the plane and place it on autopilot should the pilot be rendered incapable of flying due to physiological issues. The integrated monitoring device can speed the pilots to safety, should they lose the ability to do so themselves, just as the computer program ‘Jarvis’ does for Iron Man time and again.