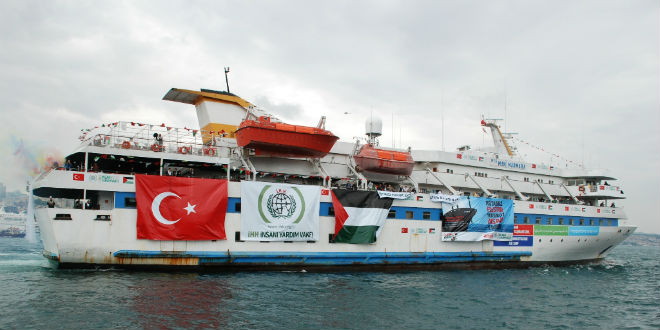 A Madrid court dropped its investigation Thursday into possible war crimes over the 2010 Gaza Flotilla raid, Reuters reported. The probe could be reopened, however, should Israeli Prime Minister Benjamin Netanyahu, or any others named within, visit Spain.

In 2010, a flotilla purported carrying humanitarian supplies set out from Turkey to break the Israeli blockade on the Gaza Strip. After one ship, the Turkish Mavi Marmara,repeatedly ignored instructions to turn back, the IDF was forced to board the vessel. Activists attacked the Israeli commandos, who had no choice but to fight back. Nine Turks were killed in the melee, with another succumbing four years later to wounds sustained in the altercation.

Upon an Israeli investigation of the ship, no aid supplies were found.

Spain’s case is based upon the concept of universal jurisdiction, which maintains that crimes against humanity can be tried across borders. Spanish law has changed recently, however, to require a Spanish connection in the case for it to be tried. There were Spanish activists involved in the flotilla.

In a written ruling Thursday, the Spanish court said it was closing its investigation for the time being, unless those targeted should come to Spain in the future. It did not clarify what would happen in such a circumstance.

Chief prosecutor of the International Criminal Court (ICC) Fatou Bensouda said late last year that the ICC would not be investigating the Mavi Marmara incident, despite what he called a “reasonable basis” to believe that war crimes were committed.

The UN’s 105-page Palmer Report has already concluded that Israel’s naval blockade on Gaza is both reasonable and legal, and that the passengers on the Mavi Marmara had lain in wait for the soldiers to board. The Israeli Turkel Commission also concluded that the boarding commandos acted in self-defense.