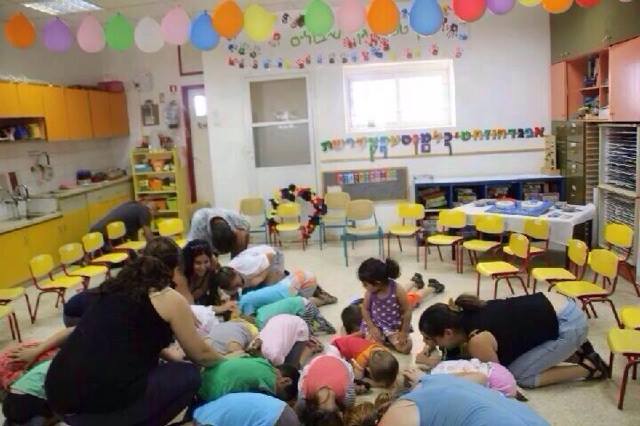 Israeli citizens across the country are preparing to run for shelter Tuesday as part of a nation-wide drill to test their preparedness for future military confrontations. The drill is part of a five-day exercise by Israel’s military and rescue services.

United with Israel reports that the cross-country drill will take place twice, once at 11:05 a.m. and once at 7:05 p.m. The morning drill is designed for school children to practice reaching a safe location at school, while the evening drill is geared towards family readiness. Residents in the center of the country have a full minute and a half to reach shelter, while those on the border have a mere 15 seconds. Potential enemies include Hamas or other terror groups in Gaza, Hezbollah in Lebanon or Syria, or Islamists in the Sinai.

At the request of local residents, sirens will not sound in the Gaza border region, as it was deemed too traumatic following the events of last summer’s Operation Protective Edge.

The five-day exercise is dubbed Turning Point 15, and represents the eighth year the Turning Point preparedness drill has taken place. In addition to the rocket drills for the public, the IDF will be participating in drills for attacks on strategic targets in cooperation with the Israel Police, Magen David Adom and Fire and Rescue Services. Among the scenarios being rehearsed are potential attacks on Ben Gurion Airport and the seaports in Ashdod and Haifa, a mass-casualty terror attack in Jerusalem, and a cyber attack that takes down the electric and phone grids.

At the start of Turning Point 15, Israeli Prime Minister Benjamin Netanyahu issued a statement, saying,  “Alongside the development of our offensive capabilities, which is in a very impressive high gear, most of which is known to the public, we are also busy with preparing the home front for future campaigns because we have discovered that that home front is a front line. There has been very great success; we saw this in Operation Protective Edge and at other times, in developments that we have made in both active and passive defense. Adequate preparation is important because planning well will pay off in the end.”

Home Front Command is working to prepare for the very real threats represented by Israel’s neighbors. Last month, the IDF revealed evidence of a vast arsenal of weapons hidden in Lebanon and trained on Israel. Meanwhile, Hamas has begun paving a road along the Gaza border, which one member has said is being readied for future conflict with Israel. The underground terror tunnels which were targeted in last summer’s operation are being rehabilitated, and Hamas continues to fire test missiles into the sea. Israel’s 0404 news site reported two rockets being test-fired just Monday. Last week, the relative calm in southern Israel was disrupted by four rockets. The Israeli Air Force responded swiftly.