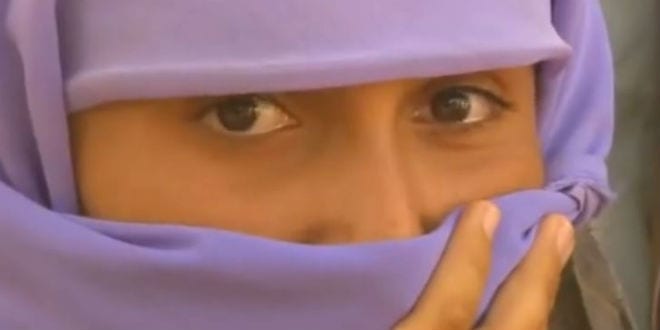 Sexual violence is being committed on a routine basis under the Islamic State (ISIS), reported Special Representative of the United Nations Secretary-General on Sexual Violence in Conflict, Zainab Bangura in a briefing to journalists earlier this month. Bangura returned from a “scoping mission” to the region in April, reported the UN News Center.

“Women and girls are at risk and under assault at every point of their lives,” Ms. Bangura declared, emphasizing that the threat of brutality followed them “every step of the way…in the midst of active conflict, in areas under control of armed actors, at checkpoints and border crossings, and in detention facilities.”

During her trip to Syria, Iraq, Turkey, Lebanon and Jordan, Bangura met with women who had escaped the clutches of ISIS. They told tales of forced and underage marriage, captivity, sex trafficking, and sexual violence.

“Girls are literally being stripped naked and examined in slave bazaars,” Bangura said, describing how they were “categorized and shipped naked off to Dohuk or Mosul or other locations to be distributed among ISIL leadership and fighters.”

One victim was forced into temporary marriage over twenty times, each time undergoing surgery to restore her virginal status.

In some cases, the abuses were part of the fighters’ “jihad”, while on others the young women were taken as payment for protection from families with no other means. Sexual violence is being used to raise funds, “to displace populations, to punish, humiliate and demoralize dissenters, to extract information for intelligence purposes and to dismantle social, familial and community structures”, according to the report.

“[ISIS] have institutionalized sexual violence and the brutalization of women as a central aspect of their ideology and operations, using it as a tactic of terrorism to advance their key strategic objectives,” Bangura told reporters.

The Special Representative added that she had asked the UN Security Council to  integrate protection and empowerment of women into its counter-terrorism response. She expressed concern that the children born of rape cannot be registered in these states, resulting in a “generation of stateless children” and a breeding ground for potential future terrorists.