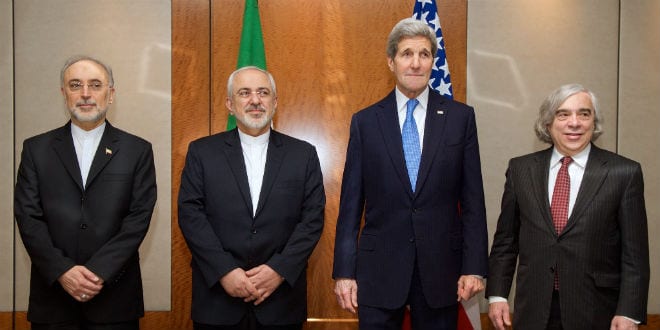 US Secretary of State John Kerry vowed Saturday that inspections to prevent Iran from acquiring a nuclear bomb would remain “forever” and the emerging nuclear deal would protect Israel in the long run, he told Channel 10.

In a rare TV interview with Israeli media, the secretary accused critics of the Iran deal of “hysteria” and pledged that the US would not sign a bad deal with Iran.

“We will not sign a deal that does not close off Iran’s pathways to a bomb and that doesn’t give us the confidence – to all of our experts, in fact to global experts – that we will be able to know what Iran is doing and prevent them from getting a nuclear weapon,” he said.

“I believe that where we are heading will in fact protect Israel,” Kerry added.

Israeli Prime Minister Benjamin Netanyahu has been a ferociously outspoken critic of the emerging deal, arguing current diplomatic efforts are not cutting off Iran’s path to a nuclear bomb, rather only delaying efforts.

US-led negotiations are, according to the prime minister, “paving the way” to a fully stocked Iranian nuclear arsenal.

“President Obama has absolutely pledged they will not get a nuclear weapon…We will have inspectors in there every single day. That is not a 10-year deal. That’s forever,” Kerry stated.

The Secretary of State’s comments, while seeming to attempt to placate the Israeli public, run counter to actual events in Iran. Inspectors of the UN nuclear watchdog the International Atomic Energy Agency (IAEA) have been repeatedly blocked by Iranian officials from inspecting various nuclear sites in the country.

Kerry’s interview with Israeli media comes on the heels of a New York Times report over the weekend that said US President Barack Obama is “scrambling” to ease the fears of several Arab nations over the deal.

According to the report, the president is said to be mulling several options to appease the US’s Arab allies, some of which may throw Israel under the bus. One of the options is a defense pact with the US in which the US would commit “to the defense of Arab allies if they come under attack from outside forces.”

Other options include advanced joint military training exercises between the US and Arab militaries, approving the sale of advanced F-35 stealth fighters to the United Arab Emirates only three years after the same plane is delivered to Israel, designating the UAE and Saudi Arabia as “major non-NATO allies,” and loosing restrictions of weapons sales to various Arab countries.