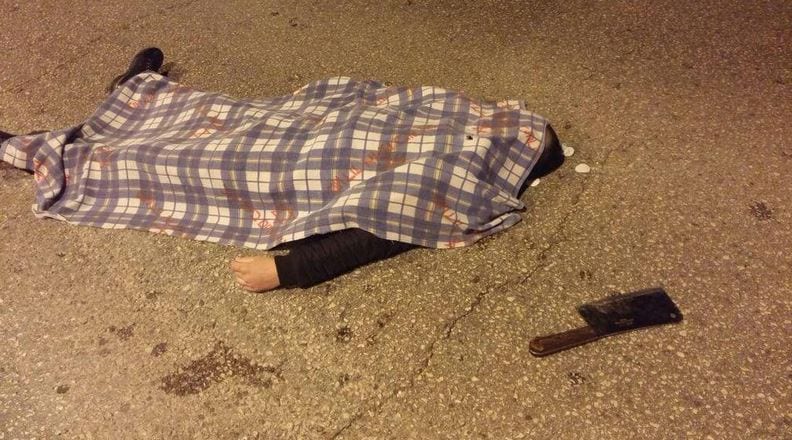 Three Israeli police officers were struck by a car in East Jerusalem Saturday night in a third attack on Israeli officials over the weekend.

The attack, which authorities believe was deliberate, took place on the Mount of Olives.

Police fired at the vehicle as it fled the scene. It was later found abandoned and security officials are searching for the diver.

Magen David Adom paramedics said they treated a man and a woman for minor injuries and a 20-year-old women for moderate injuries, all sustained after being run down. The officers were evacuated to Shaare Tzedek Medical Center in Jerusalem for emergency treatment.

Saturday evenings attack would mark the third attack on Israeli security officials, and the second in the area of the East Jerusalem At-Tur neighborhood.

On Saturday morning, a Palestinian teenager from the At-Tur neighborhood attempted to stab a Border Police officer at a nearby checkpoint. Ali Mohammed Ali Said Abu Ghannam, the 16-year-old terrorist, was shot dead by an officer before he was able to injure more with a butcher knife.

According to the IDF, Abu Ghannam was wielding two knives. After attacking troops, the terrorist fled the scene with officers giving chase. After firing warning shots in the air to surrender, a police spokeswoman said the officer fired to “neutralize him.”

Palestinian residents of At-Tur rioted Saturday afternoon following the death of the terrorists. One police officer was injured after being struck by stones. More than 20 rioters were injured in violent clashes with the police.

Later on Saturday, a Palestinian man stabbed a second Border Police officer in Hebron. The officer suffered moderate injuries. The terrorist was shot dead by an Israeli soldier.

Late Saturday night, police closed Route 443, a main highway into Jerusalem that passes through the West Bank, after a commuter bus caught fire. Security officials believe a Molotov cocktail was thrown at the bus.