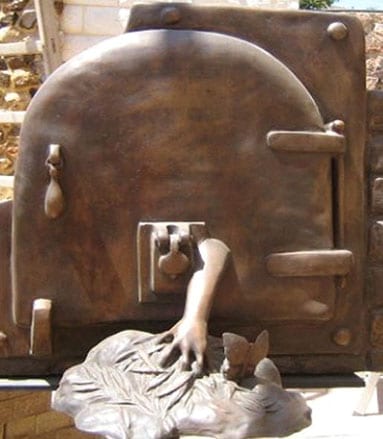 I have a confession to make. Until almost a year ago, I had never been to Mississippi.  The truth is, it was never even on my radar.  The most significant association I had with Mississippi, other than the river by the same name which I have been able to spell correctly for more than 40 years, is the 1989 award winning movie, Mississippi Burning.  This film highlighted a time in my consciousness but before I was born, based on the FBI investigation into the murder of three civil rights workers in 1964.

Albeit decades on, Mississippi’s history has been associated with hate, racism, and the murder of three civil rights workers, including two Jewish men from NY.

During my first trip to Mississippi I experienced something entirely the opposite of that which my impression of Mississippi had been.  Rather than Mississippi Burning, I witnessed Mississippi blessing. I went to Mississippi to attend an event on behalf of the The Unknown Child Holocaust Remembrance (UCHR), a project established to build and maintain a permanent exhibit in memory of the 1.5 million Jewish children who were killed during the Holocaust.  I was invited by friends, one of whom is an organizer of the UCHR, so I was going to go.  But I really had no idea what I was going to.  It’s not that I had low expectations, I had no expectations.  But I was going anyway.

I met Diane McNeil, one of the pivotal volunteers and organizers behind the UCHR project, a few years ago in an occurrence of divine appointment.  Some years earlier, Diane spearheaded an effort to raise money for a new ambulance for Israel, before Heart to Heart was born (www.savinglivesinisrael.org) and that became more commonplace.  When we met, she shared with me not just details about how she did this, and how she engaged both Jews and Christians, but she shared her heart and we became fast friends.

During my first visit to her home state, Diane explained that the concept and the name,  “Unknown Child,” came out of her having lunch with a Holocaust survivor, Nina Katz, who shared about the murder of her 8-year old sister, and what happened to 1.5 million Jewish children who met the same fate.  Diane had never known this before.  She explained, “That was so cruel, and I was a grown adult and did not know.  I told Nina that I would never forget her little sister, Helena, and I haven’t.”

At the event, launching the plans in public for the first time, I was impressed to learn that the genesis of the project was in 2009. As a project to study the Holocaust, students from Horn Lake Middle School collected one penny for child victim.  The four tons of pennies collected will be a central element of the monument, “Giving Voice to the Children of the Holocaust”, and to exemplify the commitment of many Mississippi students who joined in the effort.

Hundreds of people gathered to celebrate the public launch of this project, a crowd that was diverse demographically, culturally, ethnically, and religiously to such an extent that it never would have been tolerated in 1964. Rabbi-Chaplain Captain Joseph Friedman opened the program singing the Star Spangled Banner.  Making this all the more meaningful, both of Rabbi Friedman’s parents were Holocaust survivors. Susan Powell, a teacher at Horn Lake Middle School related how her students accepted the challenge in 2009 to collect 1.5 million pennies representing the 1.5 million Jewish children who perished in the Holocaust.  She introduced some of the original students, along with a group of home school students who joined in the project a year later.  Ms. Powell also recognized five Holocaust survivors present, making an indelible association between the generation who were young men and women and survived unspeakable horrors because they were Jews, and a generation of youth today, none of whom are Jewish, bearing witness to the horrors four generations later.

We met Rick Wienecke, a Canadian-born gentile sculptor who shared his unique bond with the Jewish people.  Wienecke’s has made a name for himself in creating sculptures to convey the story of the Holocaust.  When Wienecke’s work was introduced to those spearheading the project, it was decided to commission him to create this same piece to showcase the pennies collected.

Wienecke presented a smaller version of the sculpture and described the piece in depth, including how he incorporated pennies in the floor of the oven, something unique to the Unknown Child project.  To raise funds for the UCHR project, ten limited-edition sculptures are being sold for $25,000 each and will be a major source of income for the construction.

Les Green of the Unknown Child Foundation introduced Jason Little, president and CEO of Baptist Memorial Health Care in Memphis.  Mr. Little shared his own stories of studying the Holocaust and his trip to Auschwitz.  He announced that Baptist Hospital was purchasing one of the sculptures to help build the Unknown Child Memorial.

Hundreds were gathered in fellowship, to heal rifts from 70 years before in Europe.  But it was also clear that much healing had been done at home where, five decades earlier, this event could never have happened in Mississippi.

After the event, Diane explained to me further, “The name, Unknown Child, was symbolic as we were collecting and counting the 1.5 million pennies.  We did not know who a single one of those pennies represented.  They were all faceless and unknown to us, but not to God. (then) along came Rick Wienecke with his powerful sculpture of a faceless, nameless child in the ovens of Auschwitz, representing all the children of the Holocaust.  Each penny represents one of the children, but we don’t know that particular name, but the sculpture represents them all.”

While launched in Mississippi, awareness of the Unknown Child project has gone international.   One of the most well-known supporters is Israel’s past President, Shimon Peres, who wrote words of gratitude and encouragement to the organizers. “I was moved at reading about the enterprise perpetuating the memory of the million and a half children and babies who were murdered during the Holocaust by the Nazis and their cohorts, which is being carried out by children of Mississippi.”

“We must do all in our power to preserve the memory of the Holocaust and its moral lessons for the future generations, throughout the world.  This is not only an educational task of primary importance, but a conscience and ethical command which we are forbidden to neglect even for a moment, so that the remembrance of the Holocaust will continue to be engraved upon our soul, and the yearning for a ‘better world’ will continue to throb in our hearts. The initiative of the Mississippi children is worthy of the admiration and appreciation of us all.”

As the world observes Yom Hashoa, Holocaust Memorial Day, on April 15, it’s especially meaningful to share what a younger generation of American youth, thousands of miles and seven decades removed from the horrors of the Holocaust are doing to preserve the memory of and educate about the 1.5 million Jewish children for generations to come.  And all the more meaningful that it’s happening in a state whose own history is not known for tolerance of others.  Times have changed. A blessing indeed.