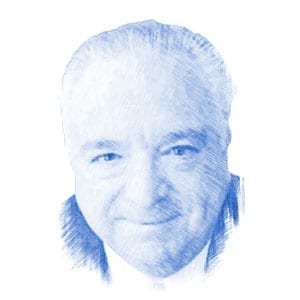 As part of the Palestinian Authority’s (PA) ongoing campaign to isolate and delegitimize Israel, the Palestinian Football (Soccer) Association is trying to get Israel suspended from international soccer’s governing body.

The Palestinians are seeking to have an anti-Israel resolution considered at next month’s annual congress, in Zurich, of the Federation Internationale de Football Association, better known as FIFA.

The resolution will argue that Israel should be suspended because it does not sufficiently permit free access between Palestinian soccer athletes in Gaza and those in Judea and Samaria (the West Bank). Of course, the limits on access are because of Palestinians exploiting that access to carry out terrorism in Israel. But nobody will mention that.

Don’t you wish that, just once, Israel would respond in one of these international forums just as forcefully as it is being attacked?

In other words, instead of defensively arguing that the Palestinians’ access isn’t quite as restricted as they say, how about introducing a resolution demanding the suspension of the Palestinian Football Association, because of the way the Palestinians use soccer to glorify terrorists?

One visit to the website of Palestinian Media Watch provides ample evidence of the PA’s manipulation of soccer to promote terror. These are just a few examples from PA-controlled territory in recent years:

—In the town of Qaffin, a soccer team was named after “the Martyr Ziyad Da’as.” He helped mastermind the 2002 Hadera bat mitzvah massacre in which six people, including African-American band leader Aharon Ellis, were slaughtered.

—A soccer game in the town of Tzurif began with a moment of silence in honor of Khalil al-Wazir, better known as Abu Jihad, a veteran terrorist leader. He helped planned the 1978 Tel Aviv beach front attack in which Gail Rubin, the niece of a U.S. senator, and 37 bus passengers were massacred.

—The Hilal Al-Quds club held a tournament named after Dalal Mugrahbi, the leader of that 1978 attack. The “Dalal Mugrahbi Championship” was reserved for 12-year-olds.

—In Bethlehem, the headquarters of the PA Security Services were the site of a lottery to determine positions in the “Martyr Abdallah Daoud Soccer Tournament for Security Services Teams.” Ironically, Daoud was one of the terrorists who seized the Church of the Nativity in Bethlehem in 2002, desecrating the site and using it as a shield to avoid capture by the Israelis.

—Eighteen teams from the Tulkarm District took part in a “Martyrs and Prisoners Soccer Tournament” at the Irtah High School. “All of the teams were named after Martyrs,” the PA official newspaper, Al-Hayat Al-Jadida, reported proudly. The top prize was the “Martyr Abu Jihad Trophy.”

—In the town of Fara’a, there is a soccer field named after Salah Khalaf, aka Abu Iyad, leader of the “Black September” gang that kidnapped and murdered 11 Israeli Olympic team members, including an American-born weightlifter, at the Munich Olympics in 1972.

Like all international sports bodies, the FIFA soccer association seeks to promote good sportsmanship and appropriate role models for children. Well, since when is a suicide bomber a good sportsman or an appropriate role model for children? And why should those who glorify murderers—including the murderers of American and Israeli athletes—be permitted to remain in the FIFA?