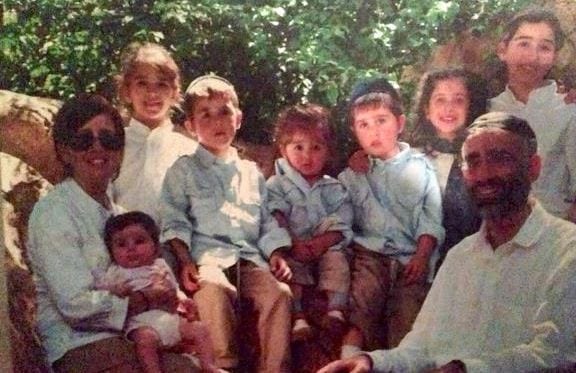 The seven Jewish Sassoon children killed in a horrific New York house fire over the weekend were laid to rest Monday afternoon in Jerusalem.

Hundreds of mourners gathered to pay their last respects, including the chief rabbi of Israel.

The children’s father, Gabriel Sassoon, eulogized his “pure” children in an emotional service.

“Why seven? Is one not enough? Seven beautiful lilies. So pure. So pure,” he cried out.

Sassoon’s reference to seven lambs is mentioned in the Bible. The Jewish nation is required to bring a burnt sacrifice to the Jewish Temple, made up in part of “seven unblemished lambs,” on the first of the month.

The Sassoon children died on the first day of the Jewish month of Nissan.

Quoting from Song of Songs 6:2, Sassoon stated: “My beloved has gone down to his garden, to the beds of spices, to browse in the gardens and to gather lilies. God plucked seven lilies.”

“To you God I give everything. My soul. Everything. This is my feeling,” he added.

In a condolence letter to Gabriel Sassoon, Israeli Prime Minister Benjamin Netanyahu wrote, “I was deeply shocked to hear about the tragic deaths of your beloved children, Elian, David, Rivka, Yehoshua, Moshe, Sarah and Yaakov. From what I have heard about them, they were children imbued with values, who were a source of pride and joy for you.”

“Each one of your children was a world unto him or herself, unique and special. There is no greater sorrow than the loss of children and the pain is even greater because they were so young. The entire Jewish People feels your pain.”

“As a family with faith, your dear ones embody the verse (Leviticus 10:3), ‘Through those that are close to Me will I be sanctified’. May you find the inner strength to cope with the tragedy that has befallen your family. May the memories of your children be a source of strength and consolation. I wish a full and quick recovery to your wife Gayle and your daughter Tziporah.”

The Brooklyn fire that killed the seven Sassoon children is believed to have been caused by a malfunctioning hot plate, left on for use during the Sabbath. The hot plate caught fire, setting off flames that destroyed the stairs of the Sassoon home. The children and their mother were trapped upstairs while they slept.

The mother and a daughter, Gayle Sassoon and 14-year-old Siporah Sassoon, were able to jump from a second story window. They remain sedated and in critical condition in New York hospitals.