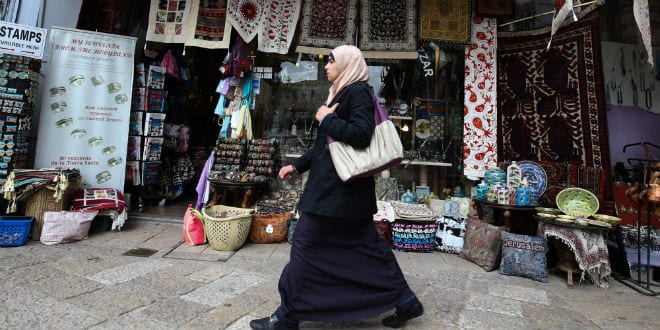 Israel was the only country singled out Friday by the UN Commission on the Status of Women in a resolution condemning the Jewish state for “the grave situation of Palestinian women.” The resolution was adopted in a vote of 27-2, with 13 abstentions.

The resolution was submitted by the Palestinians and South Africa. The US and Israel voted against the resolution and European Union countries abstained. The vote came at the end of a two-week meeting to review the 150-page platform on the status of women, drafted in 1995, with a goal towards achieving greater equality. New goals were set at the conference for 2030.

According to Anne Bayefsky at Fox News, the resolution reads, “the Israeli occupation remains the major obstacle for Palestinian women with regard to their advancement, self-reliance and integration in the development of their society…”

“Not Palestinian men,” she writes. “Not religious edicts and traditions. Not a culture of violence. Not an educational system steeped in rejection of peaceful coexistence and of tolerance.”

Israeli ambassador to the UN Ron Prosor denounced the resolution. “Honor killings in the Palestinian Authority are a matter of daily occurrence, and employment of women stands at only 17 percent,” he stated. By contrast, 70 percent of Palestinian men are employed.

“Of the 193 member states in this institution, dozens slaughter innocent civilians and impose discriminatory laws that marginalize women and yet they all get a free pass,” Prosor said. He added, “some of the worst violators of human rights, like Iran and Sudan,” sit on the commission.

Israel’s Counsellor of Human Rights, Nelly Shiloh, ridiculed the decision. “Remember this date, March 20 2015. Today the CSW will probably end its annual most important meeting by singling out Israel, again. What a way to mark 20 years since the Beijing declaration!

“The goal of this forum is to advance the rights and interests of women around the world through productive and professional dialogue. However, it seems that the sponsors of this resolution would sooner score cheap political points than address the important subject at hand,” she said.

LISTEN BELOW: Slamming the UN for Lying to the World about Women’s Rights