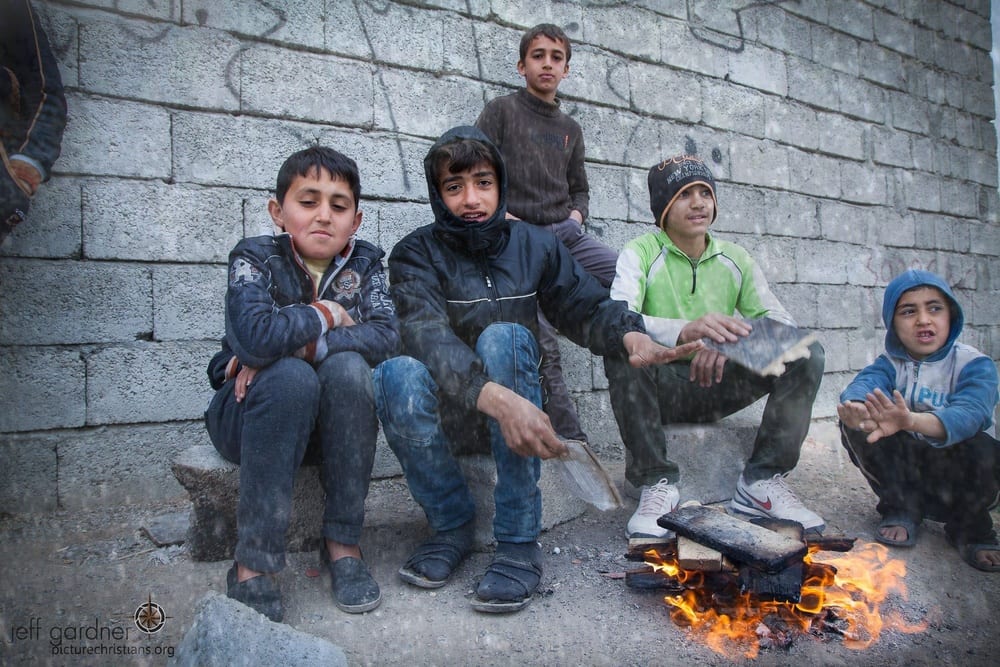 Organizations representing religious minorities in the Middle East have submitted a memorandum to the United Nations in New York City, asking that U.N. missions from various countries call on the U.N. Security Council to issue a resolution against the Islamic State terror group’s persecution of minorities and to take tangible steps to save those vulnerable groups.

“There is a growing chorus of peoples from around the world calling for the protection and arming of the Assyrians and Yazidis,” said David William Lazar, chairman of AMO and the executive director of Restore Nineveh Now, a group promoting protection and relief for Assyrian Christians.

“We are hearing from thousands across the globe who either want to fight on behalf of religious minorities in Iraq and Syria, or are pledging their financial support for Assyrian fighters in the region. Because we believe in the rule of law and the dignity of humankind towards one another, we cannot but hope that the U.N. listens to the world’s peoples and acts on our call for action,” Lazar, told JNS.org.

The memorandum notes how the Yazidi and Christian (Assyrian, Chaldean, and Syriac) communities have faced “systematic acts of ethnic cleansing, massacres, assassinations, abduction, rape, and kidnapping perpetrated by the ‘Islamic State’ (known as Daesh) against these communities since June 2014.”

Since Islamic State has conquered wide swaths of northern Iraq in the summer of 2014, it has displaced more than 1.8 million Iraqis, may of them Christians. Last June, Christians fled the city of Mosul to nearby Christian villages after the Iraqi army fled and Islamic State took over the city. In July, the remaining Christians in Mosul were given the ultimatum to leave, pay jizya (an Islamic tax on minorities), convert to Islam, or face death, leading to a final exodus of Mosul’s Christians on July 19.

Most Iraqi Christians, and some Syrian Christians, belong to the ethnic group known as the Assyrians, a people considering themselves to be direct descendants of the numerous ancient Mesopotamian civilizations such as the Sumerians, Akkadians, Babylonians, and Assyrians, who were mentioned frequently in the Hebrew bible.

According to the Assyrian International News Agency, Islamic State also abducted 150 Assyrian Christians this past February, though other reports cited higher numbers of hostages. Islamic State has also attacked 35 Assyrian villages along the Khabur River in northeastern Syria, near the city of Hasaka.

At the same time, the Yazidis, a Kurdish ethnoreligious group that is linked to Zoroastrianism and other ancient Mesopotamian faiths, are continuing fighting Islamic State near Mount Sinjar in northern Iraq.

In August 2014, Islamic State forced an estimated 300,000 Yazidis to flee the area. Many of those who were unable to flee were caught and enslaved, especially Yazidi women, many of whom were sold into sexual slavery. Currently, about 10,000 Yazidis are still hiding from Islamic State on the top of Mount Sinjar—even forming their own militia, called the Sinjar Resistance Units, Middle East Monitor reported.

“The Yazidi people of Iraq have suffered beyond words at the hands of ISIS (Islamic State),” said Mirza Ismail, chairman of Yazidi Human Rights Organization International.

“Barely seeing us as human, the criminal enterprise that is Daesh has murdered and enslaved the Yazidi people” on a massive scale, and “we have also been betrayed time and again by those sworn to protect us, namely the Kurdish Regional Government and its armed forces the Peshmerga,” Ismail said.

According to the memorandum submitted to the U.N., persecution by Islamic State jihadists “is part of a global threat and pattern in the region against minorities in general,” and therefore, specific actions must be taken to address the crisis, including global action to liberate Yazidi women and children held captive by the Islamic State in Iraq and Syria as well as the Assyrian hostages in Syria who were taken by Islamic State in February.

“Given the EU’s (European Union) recent non-binding vote for the creation of a safe haven for Iraq’s religious minorities… we hope and expect that the international community will mobilize its considerable resources to either intervene in Iraq and Syria and/or provide the needed arms and munitions for the Assyrians Christian and Yazidi people to defend themselves and expel the so-called Islamic State from their native lands in Iraq and Syria,” Lazar told JNS.org.

Finally, the memorandum calls for the U.N. to support the ongoing partnership in Egypt between Coptic Christian Pope Tawadros II and the Grand Imam of Al-Azhar, who are working together to protect Egyptian religious minorities from terrorism.

The U.N. Security Council is scheduled to meet on March 27 to oppose the persecution of Mideast Christians and other regional minorities. It is “completely unacceptable what has been done to these minorities,” French Foreign Minister Laurent Fabius told BFM TV. Fabius, who will chair the upcoming Security Council meeting, said that Islamic State “and terrorists who are with them simply want to eradicate, physically remove, guillotine anyone who doesn’t think like them.”

William Youmaran, president of the Assyrian American National Federation, told JNS.org he believes that “the global Jewish community and the entire world” must understand that “without the intervention of the international community, specifically the arming of Assyrian and Yazidi peoples in Iraq and Syria, as well as the creation of a safe haven for all ethnoreligious minorities in the Middle East, Christians and Christianity will be forever erased from the region.”

“We understand that not all peoples see the tremendous religious and regional implications of such a loss, but if the world community no longer fear the judgment of God, let us all fear the judgment of history for failing to act at this critical and dire moment for millions in the Middle East,” Youmaran said.