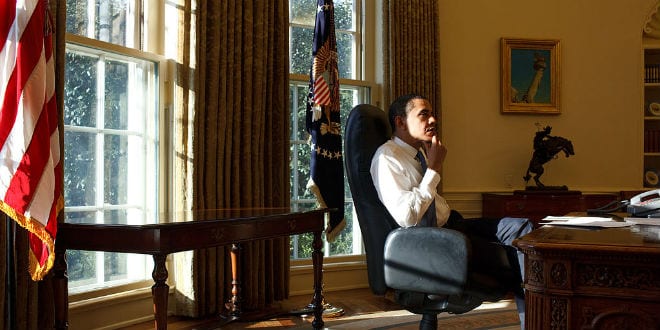 As Israeli Prime Minister Benjamin Netanyahu celebrates a decisive victory in the recent elections, one world leader has remained silent on the win.

US President Barack Obama has yet to call Netanyahu and congratulate him on his re-election, despite the fact that other world leaders have acknowledged the win.

The White House said on Wednesday that the president will call the prime minister “in the coming days.” US Secretary of State John Kerry has already spoken with Netanyahu and offered his congratulations.

White House Director of Political Strategy David Simas spoke to CNN on Wednesday and offered his congratulations to the Israeli people, and not Netanyahu.

“We want to congratulate the Israeli people for the democratic process of the election they engaged in with all of the parties that engage in that election,” he said. “As you know the hard work of coalition building now begins. Sometimes that takes a couple of weeks and we’re going to give space to the formation of that coalition government and we’re not going to weigh in one way of the other except to say that the United States and Israel have a historic and close relationship and that will continue going forward.”

White House Spokesman Josh Earnest told reporters that the administration will reevaluate its stance on the Middle East peace process now that Netanyahu has won.

In the days leading up to the election and after months of tension with Obama, Netanyahu reversed his policies regarding Palestinian statehood. The prime minister stated that he will never agree to a Palestinian state under his leadership.

The Obama administration signaled on Wednesday that Netanyahu would suffer consequences for the new stance.

“Rhetoric that seeks to marginalize one segment of their population is deeply concerning and it is divisive,” Earnest stated.

Earnest said that US would have to “re-evaluate” its position on the Israeli-Palestinian conflict and reiterated that Obama believes a two-state solution is the most optimal resolution to the conflict.

“These are views the administration intends to convey directly to the Israelis,” he added.

US State Department spokeswoman Jen Psaki reiterated that the Obama administration will “absolutely” push for an independent Palestinian state.

Netanyahu’s address to Congress on the dangers of a nuclear Iran in opposition of Obama’s policies led to an international spat between the two leaders.

With almost all the votes counted, Netanyahu’s Likud party appears to have garnered 30 seats in the 120 seat Knesset. Over the next few weeks, the prime minister will be charged with forming a coalition government that will be largely comprised of Right Wing political parties.

While Obama has stayed mum on the election results, US lawmakers have issued their own statements on the outcome.

US Senator Ted Cruz (R-TX) issued a written statement congratulating Netanyahu and said his “electoral success is all the more impressive given the powerful forces that tried to undermine him, including, sadly, the full weight of the Obama political team.”

Former Arkansas governor and Republican presidential hopeful Mike Huckabee wrote that in light of the results, “it is time for the US government to stand with Israel once again.”