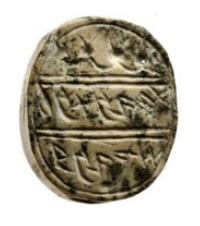 What’s in a name? For Israeli Prime Minister Benjamin Netanyahu, whose stunning right-wing victory solidified his leadership despite predictions to the contrary, it could be the source of his strength.

In Jewish tradition, a person’s name has a deep spiritual dimension, as the chosen name determines a person’s character throughout life.  According to Hebrew name expert Aliza Abrahamovitz of Israel365, Netanyahu’s double Hebrew name is deeply rooted in meaning and significance.

“Binyamin (been-yah-MEEN) was the youngest of Jacob’s twelve sons,” Abrahamovitz told Breaking Israel News. “Though the other sons were named by their mothers, Binyamin was given his name by his father. The name Binyamin means ‘son of my right side’ and connotes strength and support, so it is not hard to understand how the prime minister is the son of the right-wing who just received strong support from the people of Israel.”

The Book of Genesis contains the blessing given to Benjamin, which can also be interpreted as having relevance to the prime minister’s victory:

“And of Binyamin he said,’The Lord’s beloved one shall dwell securely beside Him; He protects him all day long, and He dwells between his shoulders.’” (Genesis 33:12)

The tribe of Benjamin had important leaders descend from it. “Saul, the first King of Israel, was from the tribe of Binyamin, as was Mordechai, one of the heroes of the Book of Esther,” explained Abrahamovitz.

“In the scroll of Esther, Mordechai is referred to as ‘a man from Benjamin.’ It is interesting to note that thousands of years ago, Mordechai stood up against a Persian leader (Haman) who wanted to annihilate the entire Jewish people. Today, Bibi is taking a strong stand against Iran, modern day Persia, as he attempts to defend Israel and the entire Jewish people from atomic annihilation.”

As far as Netanyahu’s last name, the Biblical meaning is no less significant for a leader of the Jewish people.

The prime minister’s family hails from Poland, where their surname was Mileikowsky.  Rabbi Nathan (Natan) Mileikowsky moved to the Land of Israel in 1920, where the passionately Zionist rabbi occasionally used the pen name “Netanyahu”. His sons later  adopted the pen-name as their surname.

According to Abrahamovitz, the Hebrew meaning of Netanyahu derives from the word Natan (na-TAN), which means “to give.” The suffix “yahu,” which concludes the prime minister’s surname, is one of the names of God. Thus, the full meaning of his surname is “God gives.” The name Netanyahu appears a number of times in the Bible, specifically in the books of Jeremiah and Chronicles.

The ancient roots of his surname are not lost on the prime minister. In a speech to AIPAC in 2010, Netanyahu shocked delegates with an incredible announcement:

In my office, I have a signet ring that was loaned to me by Israel’s Department of Antiquities. The ring was found next to the Western wall, but it dates back some 2,800 years ago, two hundred years after King David turned Jerusalem into our capital city.

The ring is a seal of a Jewish official, and inscribed on it in Hebrew is his name: Netanyahu. Netanyahu Ben-Yoash. That’s my last name.

A person’s name can tell us so much about who they are as a person and is an inherent part of one’s identity. Jewish tradition holds that a name is connected back to the original namesake, sharing character traits and attributes. Israel365 will personally research each name and then prepare a special “Hebrew Name Certificate,” giving you a full explanation of the Biblical significance of your name. To find out what your Hebrew name is, click here.

With additional reporting by Ahuva Balofsky