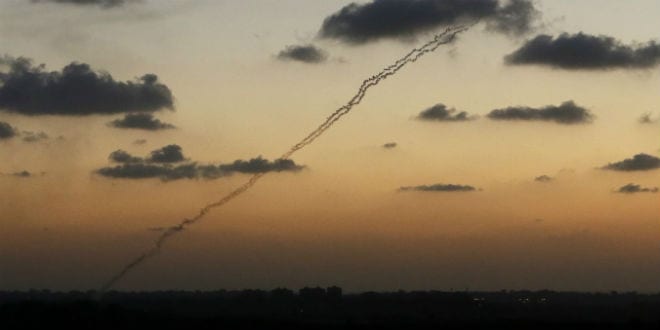 Last week, the IDF Home Front Command issued a preliminary directive to eliminate the warning system that gives residents in the Gaza periphery 15 seconds to find shelter during rocket attacks.

The warning siren has acted as a savior for the Israelis living in the Gaza belt but also as a source of trauma, especially for children.

Instead of having a warning for each incoming attack, residents who live within 7 kilometers of the Strip will be asked to evacuate or move into their shelters for the duration of the conflict. This task becomes all the more daunting as conflicts become longer.

According to a recent news report in Walla!, it is expected the directives will call upon residents to immediately enter a protected room or building upon hearing the siren. The ramification of this is that residents will need to be near a protected building or room at all times. This will greatly affect the way in which they live.

The directive has already been approved by senior officials in the IDF and, if officially passed, would result in a radical guideline change for those living in the Gaza periphery.

This past summer,  Operation Protective Edge continued unabated for 50 days. Almost 80 percent of residents within the 7 km radius of Gaza,including the city of Sderot, were evacuated and only returned to their homes once the conflict ended.

MK Omer Bar Lev, who is a member of the Foreign Affairs Committee and the Security Committee, said that the new directive calls for massive evacuations from the hardest hit areas, but all with the purpose of saving Israeli lives.

In May, the Home Front Command is expected to publish their new directives based upon the research and findings from studies and inquiries into how the civilian population responded to warnings during Operation Protective Edge.

Heads of the National Emergency Council (NEC) division of the Ministry of Defense have held meetings in recent months with local council heads of the south-western Negev and have told them of their plans for the residents in hard hit areas should another conflict with Gaza arise.

These plans include the building of another 24 protected local kindergartens and establishing hotel-like buildings that will house entire towns in a remote and quiet location away from the conflict.

A security sources said that currently there is no law in place to ensure that the “hotel project” will come to fruition, and there is no budget allocated for such massive evacuations. He further said that the project in is in its infancy stages, and that the NEC is trying to solve the problem posed by the conflict.

“On the one hand, having mass evacuations is costly and is fraught with difficulty. The longer the conflict goes on, the more expensive it becomes, and that may be a vital flaw in the program,” the source stated. “On the other hand, we cannot expect residents to live in their protected rooms or bunkers long term. This past war we transported families from the Gaza periphery all over the country, but it was haphazard and not how we would like things to have been done. We are coming up with a plan to ensure the safety of the citizens in the least intrusive way possible. But we are just beginning.”

Bar Lev said that a similar plan is being developed for communities in Israel’s north should a conflict erupt with Hezbollah, and that security forces are preparing for such an eventuality. Bar Lev explained that a similar strategy was implemented for towns in the Golan Heights during the Yom Kippur War, and that the evacuation of residents allows the IDF a much freer hand in effectively dealing with the situation.