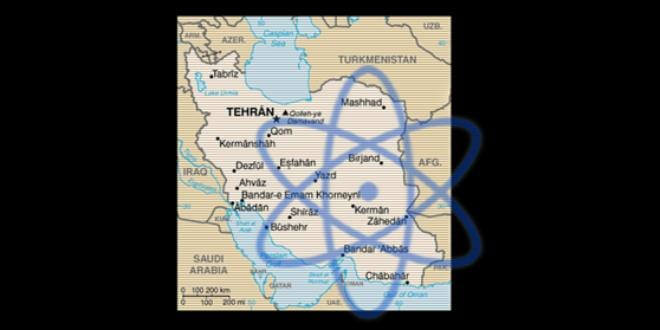 With the nuclear negotiations between Iran and the P5+1 powers (U.S., U.K., France, Russia, China, and Germany) approaching a March 24 deadline for a “political framework agreement,” Israel’s objections to the parameters of the emerging deal have been highly publicized. But lesser known is the growing unease about the negotiations among many leading Arab states.

For nations such as Saudi Arabia, the United Arab Emirates, and Egypt, which all have Sunni Muslim-majority populations, Iran—which is a Shi’a Muslim and ethnically Persian country—has long been viewed as a regional rival. Lying on the strategic crossroads between Central Asia and the Middle East, Iran is one of the world’s top oil producers and the main regional competitor for the oil-rich Arab Gulf states, which are vying for power in regional conflicts such as those inside Syria, Iraq, and Yemen.

“Although those reports have been officially denied by both Riyadh (the Saudi capital) and Jerusalem, this kind of cooperation makes strategic sense,” Ilan Berman, vice president of the American Foreign Policy Council think tank, told JNS.org. “Saudi Arabia and Israel both feel betrayed by the current negotiations underway with Iran, and both feel they need to make alternative plans to cope with what both view as an existential threat to its existence.”

But Dalia Dassa Kaye, director of the Center for Middle East Public Policy at the RAND Corporation think tank, cautioned against reading too much into reports of Saudi-Israeli cooperation.

“While it is absolutely true that the Saudis share Israel’s concerns over Iran’s nuclear capability, and in that sense they are tacitly aligned, I think the Saudis would be extremely wary of any support for military action that would implicate them in the attacks,” Dassa Kaye told JNS.org.

Nevertheless, the shared skepticism of Israel and the Arab Gulf states about the current nuclear talks has shifted regional priorities.

“Like Israel, the Gulf Arab states are deeply skeptical about the current negotiations,” Berman said. “They see them as a vehicle that will grant Iran both nuclear status and allow it to dominate the region. That’s why, more and more, the Gulf states have drifted into strategic alignment with Israel on the issue.”

The current Mideast alignment is a far different one than Israel experienced during the first few decades of its existence. In its early years, Israel had warm relationships with the non-Arab regional powers such as Turkey and Iran, which both recognized Israel soon after it declared independence in 1948. At the time, both countries were staunch U.S. allies in the Cold War and were deeply suspicious of Arab regional political power such as the pan-Arabism espoused by Egyptian leader Gamal Abdel Nasser, who was an ally of the Soviet Union.

Although their grievance of the unresolved Israeli-Palestinian conflict remains, many Arab states have come to realize that Israel is no longer their primary concern. The growing regional aspirations of Iran in conflicts in Iraq and Syria, as well as the rise of Islamic extremism through the Islamic State terror group and the Muslim Brotherhood, have become more pressing matters for Arab leaders.

Decades ago, Israel sought close relations with the Shah of Iran to counter the threat posed by the Arab states. But today, Israel is doing the opposite, making overtures to Arab leaders to support them against Iran.

In the lead-up to Israeli Prime Minister Benjamin Netanyahu’s recent speech to the U.S. Congress about the Iranian nuclear program, Israeli Ambassador to the U.S. Ron Dermer invited his Arab counterparts to attend the speech. While the Arab diplomats declined the invitation, many media outlets in the Arab world, including in Saudi Arabia, praised Netanyahu’s address, which called on American lawmakers to reject a “bad deal” with Iran that would allow it to retain significant portions of its nuclear program.

“Who could believe that Netanyahu today has taken a better stand than Obama with regard to the Iranian nuclear file?” columnist Ahmed al-Faraj wrote in the Saudi daily newspaper Al-Jazirah.

An editorial by Faisal Abbas, the editor-in-chief of the Saudi-owned Dubai-based news outlet Al-Arabiya, stated that Netanyahu’s Congress speech “hit the nail right on the head” in his assessment of the Iranian threats in the Middle East.

Besides the alignment on the Iranian nuclear issue, Israel enjoys warm government-to-government relations with two Arab neighbors. As the only two Arab countries that have agreed to a peace treaties with Israel, Egypt and Jordan have recently increased security cooperation with the Jewish stare.

Under President Abdel-Fattah El-Sisi, Egypt has quietly worked closely with Israel on combating Islamic terrorist groups in the Sinai Peninsula such as Ansar Bayt al-Maqdis (which recently declared its allegiance to Islamic State), in addition to cracking down on Hamas, which draws support from Egypt’s Muslim Brotherhood and uses the Sinai for smuggling weapons and other goods. El-Sisi also launched attacks against Islamic State terrorists in Libya after their execution of 20 Coptic Christians there.

El-Sisi has also called for the formation of an Arab regional alliance to fight common threats like Islamic extremism and Iran.

“We want to defend our nations and this is the time when we join our hands together,” he told Al-Arabiya before a visit to Saudi Arabia on March 1. “There is a good opportunity now for us to start a discussion about it.” The RAND Corporation’s Dassa Kaye told JNS.org, “The relationship right now between the Saudis and Egyptians is a strong one. The more conservative Arab gulf states are bolstering the El-Sisi government as part of a so-called counter revolution to support anti-Islamist governments.”

At the same time, the Wall Street Journal reported in late February that leading Arab countries, including Saudi Arabia, Qatar, Egypt, and the United Arab Emirates, have said that any nuclear deal that allows Iran to retain its capacity to enrich uranium—which can be used to produce a nuclear weapon—would likely force them to develop their own nuclear capabilities.

Arab leaders are increasingly expressing concern about the potential ramifications of the emerging nuclear deal between Iran and world powers, particularly the lifting of economic sanctions against the Islamic Republic.

Following a March 5 meeting with Saudi Arabia’s King Salman and Foreign Minister Prince Saud al-Faisal, Secretary of State Kerry said the U.S. is not seeking a “grand bargain” with Iran and will not “take our eye off of Iran’s other destabilizing actions in places like Syria, Lebanon, Iraq, and the Arabian peninsula, Yemen particularly.”

Yet Prince al-Faisal reiterated his concern about Iran’s regional power play, citing reports that Iran is involved in Iraq’s efforts to retake Tikrit as part of operations against Islamic State.

“The situation in Tikrit is a prime example of what we are worried about. Iran is taking over the country,” Prince al-Faisal said.

In his address to Congress, Netanyahu outlined Tehran’s efforts to spread its influence throughout the Middle East, saying that Iran is currently dominating four capitals in the region—Baghdad (Iraq), Damascus (Syria), Beirut (Lebanon), and Sana’a (Yemen). Both Israeli and Arab leaders fear that the lifting of international sanctions against Iran would allow the Islamic Republic’ economy to prosper again, thereby allowing Iran to increase its influence in conflict zones throughout the Middle East.

At the same time, RAND’s Dassa Kaye believes Saudi Arabia may be able to live with a less-than-ideal nuclear agreement.

“It is my understanding that the Saudis would not be enthusiastic about a nuclear deal, but if [a deal] really set the Iranian program back, I think ultimately they would adapt to an agreement and would find other ways to contain and compete with Iran in the region,” Dassa Kaye said.

Yet for Israel, as Netanyahu has stressed, the Iranian nuclear threat is a matter of survival. Iranian Supreme Leader Ayatollah Ali Khamenei has repeatedly called for the annihilation of the Jewish state, most recently in a tweet last November.

“Prime Minister Netanyahu has said that the alternative to a bad deal is a better deal. This is not a flippant line,” the American Foreign Policy Council’s Berman told JNS.org. “The West has tremendous economic and political leverage over the Islamic Republic. It can use this dominant position to pressure Iran into an agreement that better addresses concerns about its nuclear program, if only the United States and its allies have the political will to do so.”