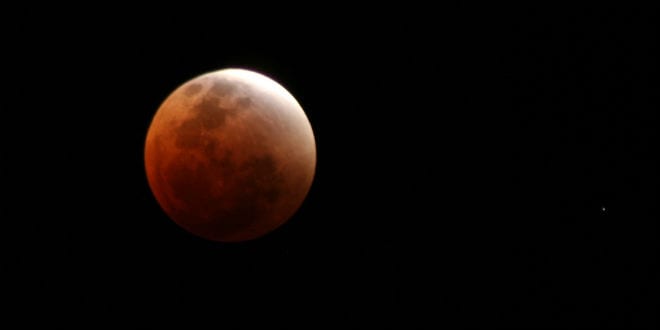 An exceedingly rare solar eclipse will take place next week over a most symbolic location on a day infused with both great natural significance and profound religious meaning.

There will be a total eclipse of the sun for two minutes over the North Pole on Friday, March 20, the day of the Spring Equinox which coincides with the beginning of the Hebrew month of Nissan, the first month in the Biblical calendar year, a solar occurrence that has never happened before in human history.

“The concurrence and rarity of this natural event, together with the times in which we live, indicates the finger of God,” Gidon Ariel, an Israeli Orthodox Jew told Breaking Israel News. Ariel serves as the co-founder and CEO of Root Source, an online platform where Christians can learn “Jewish concepts, ideas and thought, to more deeply understand the roots of their faith, in an informal and loving manner” according to the group’s website.

As stated in the Book of Exodus, “the first month” of Nissan is when God rescued the Nation of Israel from slavery in Egypt. Jewish tradition teaches that just as the first redemption happened in Nissan, so too the future redemption of the world will also occur in the month of Nissan.

Known by Jews as the “Holiday of Redemption,” Passover takes place every year on the 15th day of Nissan, and as Hebrew months are based on a lunar cycle, the night when Jews sit down to their Passover Seder always has a full moon.

This year, much attention is being paid to Passover’s full moon since it will be the third in a series of four “Blood Moons” taking place over the Jewish festivals.

Prominent Evangelical Christians such as John Hagee have noticed that a series of four blood moons, known as a “tetrad” which falls during the three Jewish festivals of Sukkot (Tabernacles) and Passover, often serves as a harbinger of major events in Jewish history.

“This is something that just is beyond coincidental,” Hagee told CBN News.

The last series of blood moons to occur over the Jewish festivals took place in 1967 when Israel won the Six Day War, expanded the boundaries of the Jewish State and liberated the city of Jerusalem.

Prior to 1967, there was a tetrad in 1949 when the Israeli War of Independence ended after the founding of the State of Israel the previous year, perhaps the greatest event in modern Jewish history.

A series of four blood moons occurring during Jewish holidays is so rare that the last time prior to 1948 was all the way back in 1493, the year following the expulsion of Jews from Spain, another major milestone in Jewish history.

While many articles and books have recently been written on the blood moons, the rare solar eclipse occurring two weeks before Passover’s blood moon was noticed by Root Source co-founder Bob O’Dell.

“Studying world history from a Jewish perspective has caused me to perceive the Blood Moons a bit differently than I did at first,” said O’Dell, an American Christian who has observed and studied lunar and solar astronomical events for more than 35 years.

O’Dell took his findings to Ariel and the two developed a free eBook on the blood moons as well as a complementary course where Christians can learn what O’Dell calls the “Jewish aspects” of the blood moons and solar eclipses of 2015.

Judaism teaches that God gave the Torah (Bible) to humanity in the Sinai wilderness, as opposed to inside the Land of Israel, in order to demonstrate that the Divine Word belongs to all of humanity, Jews and non-Jews. According to O’Dell, there is no place on earth that is as symbolic of wilderness as the North Pole.

“Whereas every piece and parcel of land in the world is owned by someone or some country, the North Pole is an international site and is not owned by any nation,” O’Dell explained to Breaking Israel News. “If God is going to teach a lesson to humanity, to the entire world, there is no more symbolic location than the North Pole.”

A total solar eclipse at the North Pole on the first day of spring occurs once every 100,000 years.  For it to occur on the first day of the first month of the Biblical calendar year is, however, entirely unprecedented since this is only the year 5775 according to Jewish tradition, meaning that there has never been such a solar occurrence in human history.

The skies over the North Pole will darken for two minutes on Friday, March 20th at 10:18 AM Greenwich Mean Time (worldwide local times are available here)

Bob O’Dell, a devout Christian, and Gidon Ariel, an Orthodox Jew, are both calling their co-religionists to join them for two minutes of prayer as a response to the solar eclipse. O’Dell and Ariel chose a specific Bible verse for the global prayer.

“I will be praying Isaiah 11:9 for two minutes at the Western Wall in Jerusalem at 12:18 PM local time” he said.

“None will harm or destroy another on My entire holy mountain, for the land will be as full of the knowledge of the LORD as the sea is filled with water.”

“God directed Gidon and I to Isaiah 11:9 for it describes God’s glory covering the earth and the sea which perfectly describes this solar eclipse appearing over land and water.”

“I invite Jews and Christians worldwide to join me at that exact moment, and to speak that verse out loud as a prayer in your native language. May God hear and quickly answer the combined prayers of all of us around the world.”