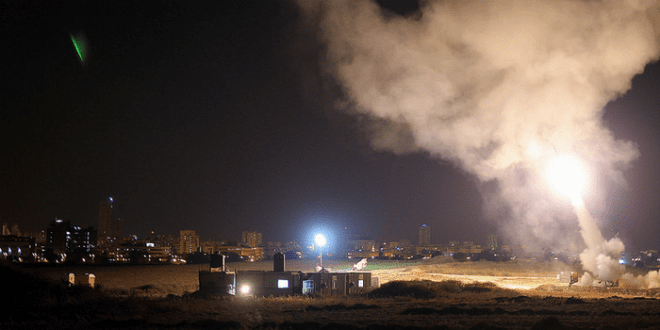 IDF Southern Command Officials have said that Hamas is focusing their rearmament efforts on short range missiles only, due to the effectiveness of the Iron Dome anti-missile defense system.

For the past seven months after the cessation of violence of Operation Protective Edge, Hamas has been testing short range missiles and firing them into the Mediterranean sea. According to IDF officials, this is because Hamas has understood that their long range missiles have been rendered ineffective due to the success of Iron Dome.

“Almost 100 percent of test missiles fired into the Mediterranean have been short range,” said an IDF officer, who cannot be identified, to NRG. “They are working very hard on making their short range missiles more accurate. We believe that they have learned their lesson that the Iron Dome batteries negate longer range missiles completely.”

The officer also added another reason as to why only short range missiles are being manufactured by Hamas. “It is far more difficult now to smuggle arms into the strip. The Philadelphia smuggling route has been closed (by Egypt), (and the IDF has made) it near impossible from this side,” he explained.

According to the officer, the production of long range missiles entails far more explosives, which is difficult to come by in the Strip due to the closure of terror and smuggling tunnels on both sides of the border.

According to statistics provided by the Israeli Air Force, close to 3,500 missiles were fired from the Gaza Strip during the 50-day summer war of which 600 were deemed dangerous to major population centers.

Since Operation Protective Edge, Hamas has continued to test fire missiles into the sea, but Israel has not responded to test firing unless missiles are aimed at Israel itself.

Twice rockets have fallen in open spaces in Israel, and both times Hamas claimed that the missiles were fired by rogue entities in the Strip and supposedly apprehended the perpetrators.

Israel is continuing to closely monitor the situation in Gaza both in regards to missile fire as well as continually searching and monitoring any digging activity that may be taking place.

Over the past seven months, the Gaza periphery has enjoyed a state of relative calm with the exception of the two missile fire incidents and some cases of Palestinian infiltrators attempting to cross into Israel.

Most of the infiltrators attempt to cross the border in order to get out of Gaza and be arrested by Israel, hoping for a better life in an Israeli prison than what they have in the Strip under Hamas rule.